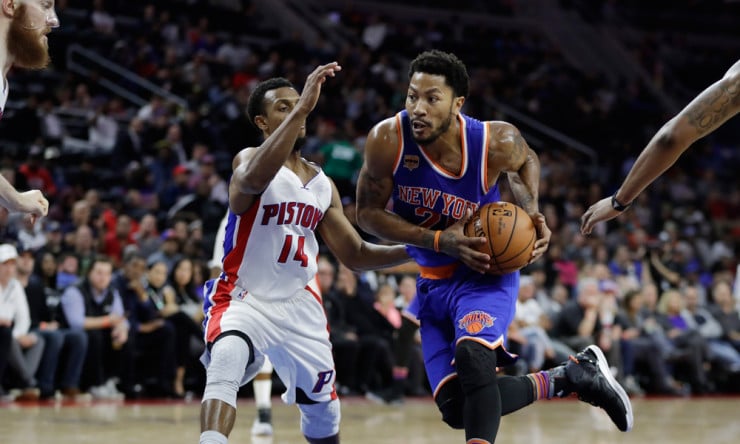 New York Knicks point guard Derrick Rose said he left the team before Monday’s game against the New Orleans Pelicans due to “a family issue” involving his mother. “It had nothing to do with the team or basketball,” Rose said after returning to the Knicks on Tuesday. “That’s the first time I ever felt like that emotionally and I had to be with my family.”

Rose said he left the club without permission shortly after morning shootaround on Monday. He flew to Chicago, his hometown. “I didn’t want any distractions to the team, especially what we have going on right now and I apologized to them, just letting them know it will never happen again,” said Rose, who was fined an undisclosed amount for his absence. “This wasn’t me. This never happened to me before and I explained that to the team and the front office.” Knicks coach Jeff Hornacek said the organization accepted Rose’s account of the absence. “His explanation with the family is totally understandable,” the coach said.