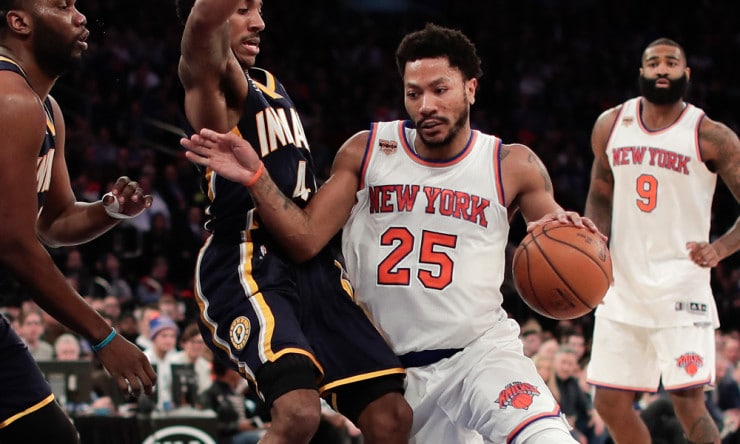 The Wolves and Knicks have been talking about a swap built around Derrick Rose and Ricky Rubio. The challenge for the Knicks is they are lukewarm, on Rubio’s remaining $29.2 plus million in contract money, specifically the $14.25 million owed next season which would bite into the Knicks free cap space.

There has been talk that if the Wolves include Nemanja Bjelica or Shabazz Muhammad in the deal that this might get done today, but as of this morning it still seemed up in the air.

The Knicks have also been dangling big man Kyle O’Quinn and guard Courtney Lee to would-be trade suitors. The Knicks are believed to be looking to shed the long-term money owed to both players while returning draft picks for the future.