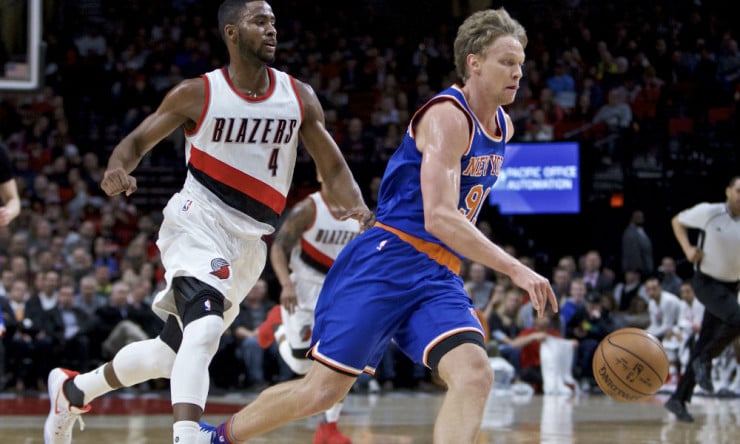 The New York Knicks have waived forward Mindaugas Kuzminskas to make room for the return of Joakim Noah.

Kuzminskas, 28, is in the final season of a two-year contract that was fully guaranteed for $3 million this season.

New York needed to open a roster spot to make room for Noah, who will return Monday against the Cleveland Cavaliers from a suspension for the use of a banned substance. Noah served the final 12 games of the 20-game suspension this season. It was originally issued in late March.

The Knicks still owe $3 million to Kuzminskas, which is about $700,000 more than they would have owed Sessions had they waived him.

Noah will be in uniform on Monday for the first time since early February. He missed time due to a knee injury as well as the suspension.