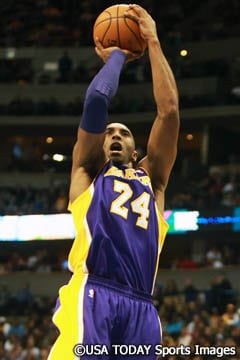 When Lakers guard Kobe Bryant returns next year from a shoulder injury, he’ll enter his 20th season in the NBA.

Is it a sure thing he calls it quits after that season, presuming he can return to health after three straight years with significant injuries?

“As I sit here right now, do I want to play after next year? No. That could change,” Bryant said at Staples Center on Tuesday night, before the Lakers (16-46) hosted the Detroit Pistons (23-39).

via Eric Pincus of the Los Angeles Times