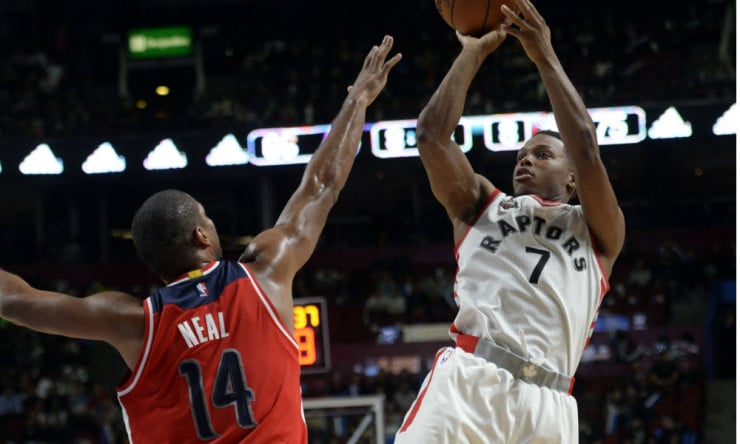 Raptors point guard Kyle Lowry made an improbable shot from beyond half court at the buzzer to send Game 1 into overtime Tuesday. But immediately following his team’s 102-96 loss to the Miami Heat, Lowry was on the practice court attached to Air Canada Centre trying to fix his broken jump shot. He later moved to the main court, following his media availability, and was practicing well past midnight ET in an empty, 19,800-seat arena.

Lowry went 3-for-13 from the field and 1-for-7 from 3-point range in Game 1. He currently is shooting 30.6 percent in the playoffs, the worst postseason percentage by any NBA player in the past 50 years (minimum 100 attempts total), according to the Elias Sports Bureau.