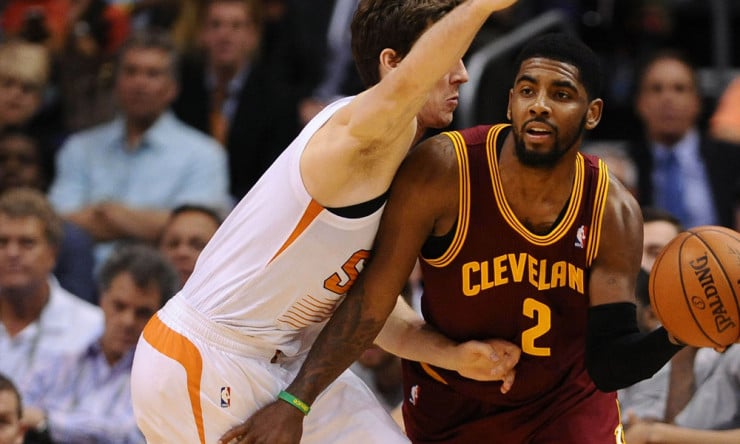 It was nearly two weeks ago when point guard Kyrie Irving made his much-anticipated season debut against the Philadelphia 76ers. Since that Sunday contest, Irving has been on a minutes restriction, yet to top 26 minutes in four games.

“We’re getting close to being beyond that,” Cavs head coach David Blatt said Friday when discussing Irving’s workload. “He’s pretty healthy. I don’t see him going out there and playing 40 minutes anytime soon. We’ve moved along pretty well, we’ve been pretty specific and committed to a certain path in terms of bringing him back.”