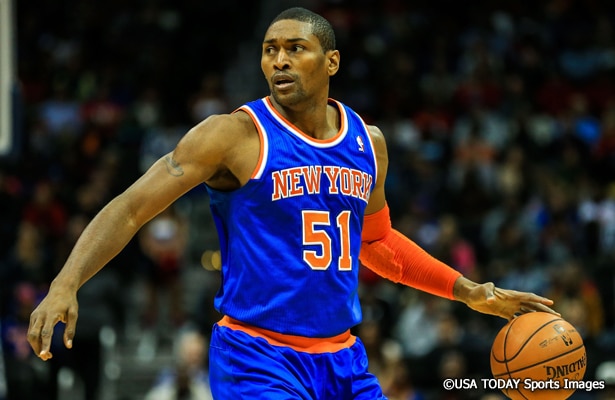 “I love the guy (Metta World Peace),” (Los Angeles Lakers GM Mitch) Kupchak said. “I really do. Last year, he was in Europe, he was in China. (Then) he coached his daughter’s middle school or high school team to a championship. He was here to work out when he got back from Europe playing, and then he’d come in through the summer. He’s been coming in on a regular basis. I do know that he wants to play, and that’s where we are.

“We’ve got a couple more weeks (until training camp). Our roster’s not complete. And we’ll just take it from there. Nothing’s imminent in terms of a signing anytime soon, but it’s hard not to watch a guy when he’s in your gym every day going up and down the court, working with young guys, playing hard. Part of me says he can still play, so I don’t know where we’re going to end up on it. But that’s kind of where it is.”