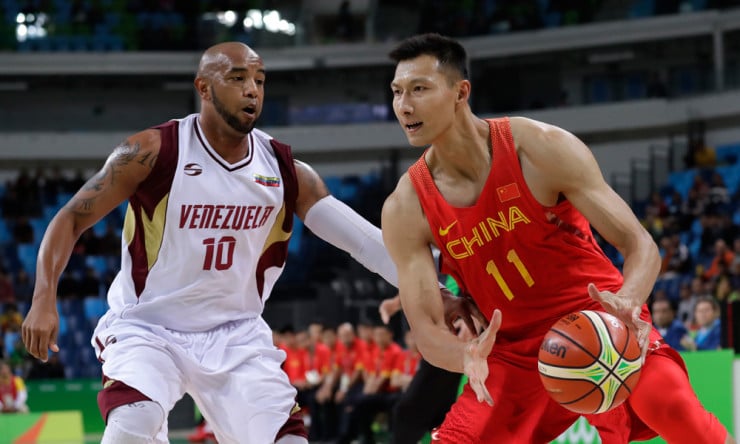 So much unknown surrounds Yi Jianlian as the former lottery pick prepares to return to the NBA following a four-year absence.

It’s unclear exactly what the 7-footer’s role with the Los Angeles Lakers will be in first-year head coach Luke Walton’s new system. It’s undecided what position Yi will play.

But if Friday proved anything, it’s that there is plenty of interest and intrigue in the 28-year-old, who was surrounded by about three dozen media members –- local and international –- after his workout at the Lakers’ training facility.

He also said he felt that the Lakers were a “good opportunity” and that the “timing” was right for an NBA return.