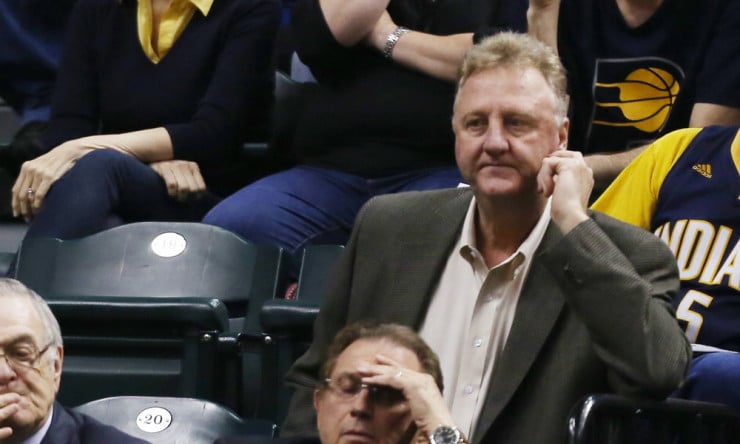 Indiana wants the NBA All-Star Game and sent Larry Bird to get it — in an Indy car. Bird drove four blocks down Fifth Avenue in his specially themed car to deliver the Pacers’ bid to host the 2021 game to NBA commissioner Adam Silver, fitting his 6-foot-9 frame into a car usually driven by much shorter people.

Bird, an Indiana native and now the Pacers president, had driven an Indy car only once, during a practice run for his drive Monday. “It’s a little rough ride,” he said. “No suspension or anything, but it’s fun.”

Source: The Associated Press of ESPN