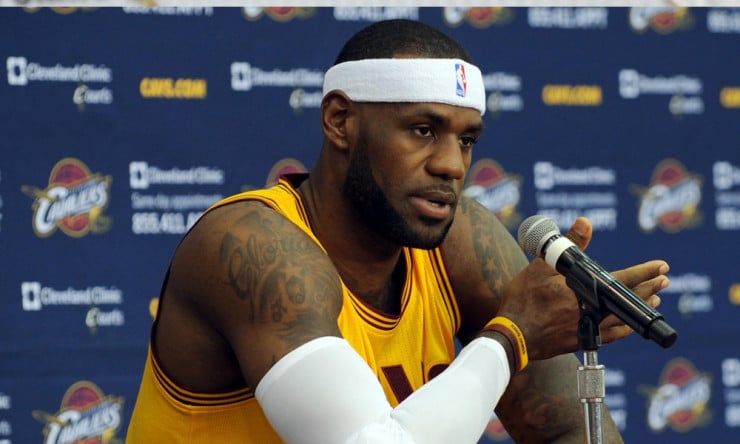 Reports of a less-than-pleasant exchange between LeBron James and Kyrie Irving are “very false,” according to James.

“Those reports are untrue,” James said. “We have not had a verbal exchange. But I understand that negativity sells. No one wants to hear a good story. Those reports are not true. They’re very false.”

Irving jokingly said he and James did indeed argue — but strictly over their favorite television programs. Irving said he contended the show “Family Guy” is better than “Survivor’s Remorse,” a new show on which James is an executive producer.

via Sam Amico of FOX Sport