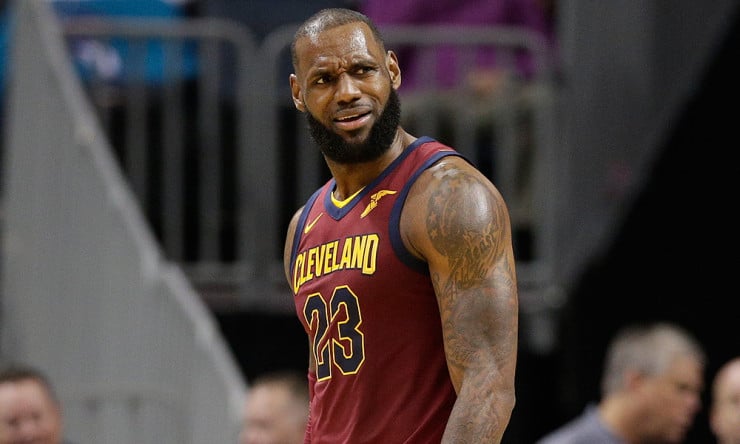 After attempting just four free throws in a 110-94 loss to the San Antonio Spurs on Sunday, Cleveland Cavaliers star LeBron James said NBA officiating caters more to outside shooters than players who regularly drive to the basket.

“We’re at a point now where we protect the shooter more than the driver,” James said. “There’s no reason I should be going to the line four times in a game when I drive 100 times to the paint and I’m getting hit and slapped and grabbed and whatever and whatnot. We protect the shooter. That’s what it’s turned into. ‘Chicks dig the long ball,’ and that’s what it’s about.”