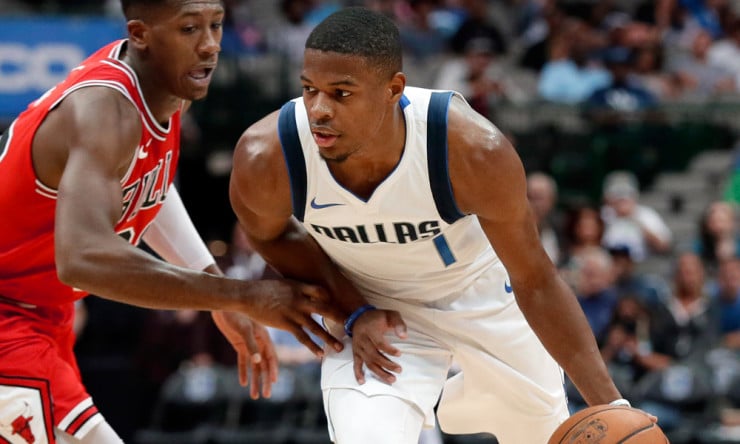 LeBron James unleashed what could be considered one final shot at Phil Jackson, declaring that Dallas Mavericks rookie point guard Dennis Smith Jr. “should be a Knick.”

The New York Knicks decided to pass on Smith with what ended up being the final draft pick of Jackson’s tenure as New York’s team president, selecting French point guard Frank Ntilikina eighth overall, one pick before Dallas took Smith. “The Knicks passed on a really good one, and Dallas got the diamond in the rough,” James said after his Cleveland Cavaliers’ 111-104 win Saturday night over the Mavericks. “He should be a Knick. That’s going to make some headlines, but he should be a Knick. Dallas is definitely, I know they’re excited that he didn’t go there.”