Home » news » Lebron Thinks Rose Can Get Back To Mvp Level 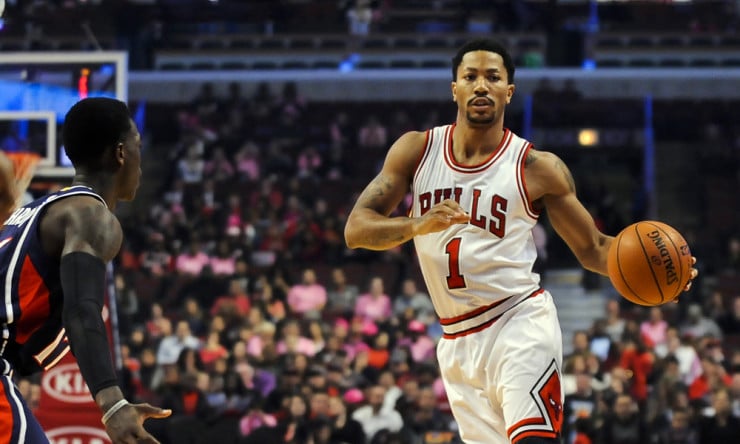 LeBron James is convinced that Derrick Rose is going to return to MVP form in the future. After watching Rose go off for 30 points and seven assists in his team’s Thursday loss to the Chicago Bulls, James believes that Rose is going to make his way all the back to an elite level after missing a majority of the past 2½ seasons because of two major knee injuries.

“When D-Rose is feeling good, he’s attacking, and that’s what he did to us last night,” James continued. “Transition, getting to the rim, up-and-unders, reverses. He’s shooting that two-foot pullup, one-hander. That’s the MVP and the All-Star that we all have grown accustomed to loving, so hopefully, he can get back to that. I think he can. I’m a big D-Rose fan anyways.”