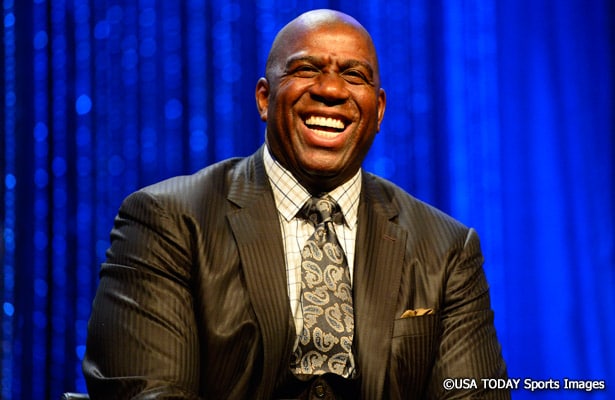 Oscar Robertson is one of the greatest players in NBA history, a pioneer both on and off the basketball floor and walking shorthand for one of the game’s most esteemed stats: the triple-double.

“He averaged a triple-double, right? The whole season?” Washington’s All-Star guard John Wall said, answering the question with a question. “That’s all I need to know. If you can do that in one season, that means you were a heckuva player.”

How “heckuva” was he? Robertson, 77, will be presented with the Lifetime Achievement Award Sunday at the National Basketball Retired Players Association classy “Legends” Brunch in a ceremony scheduled to feature Lakers Hall of Famer Magic Johnson and the Minnesota Timberwolves young big man Karl-Anthony Towns.