Home » news » Lillard No Issues Between Lamarcus And I 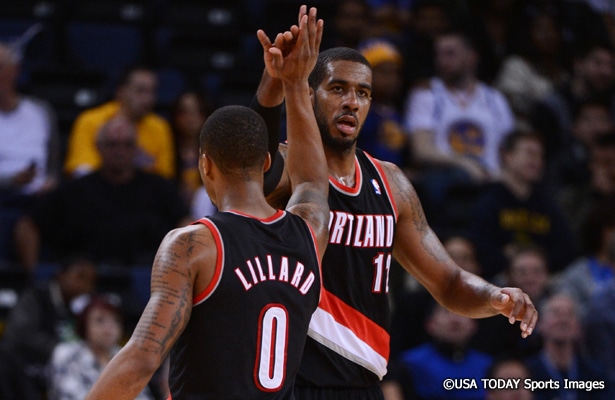 Whenever a star player leaves a good team, there will be whispers of discontent that follow in his wake. There are those who felt that LaMarcus Aldridge was bothered by Lillard’s popularity and those who feel that any rift was overblown. Yet, both players have downplayed any issues between them and they clearly thrived together on the court.

“Our relationship was fine,” Lillard says. “Me and LA never had an argument. People are searching for something that’s not there. When you have two All-Stars on the same team and one of them decides to leave, it’s automatically, ‘They didn’t get along.’ We had back-to-back 50-win seasons. We both made the All-Star team. We played through him and after that it was me and that was that. We played well together. We never had an issue.”