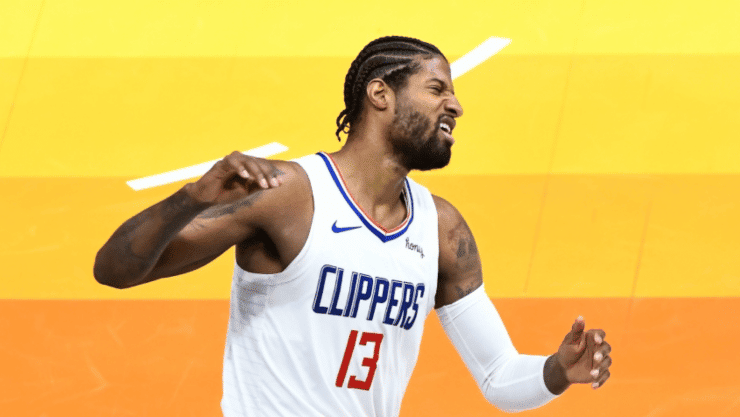 Tonight’s NBA action sees the Los Angeles Clippers take on the Phoenix Suns in Game 6 of the Western Conference Finals. The game takes place at the Staples Center and gets underway at 9 pm EST on LIVE on ESPN.

It feels as if the entire world has been writing the Clippers off at every turn of this now epic conference final. Even head coach Tyronn Lue must have had his doubts prior to Game 5 when Ivica Zubac went down with a sprained MCL during the build-up. But a team as resilient as the great city of L.A. itself is still in business

United in the adversity, the Clippers, led by an inspired Paul George performance (41 points & 13 rebounds) clicked into warrior mode and pulled off an unfancied 106-92 win to keep their NBA Finals hopes intact at 3-2.

Despite a rough night on Monday, Chris Paul, Devin Booker, and the rest of the Suns know that just one more win from the final two games will be enough to clinch a place in the NBA Finals. It would be the first time Phoenix has appeared in the NBA’s flagship series since the glory days of Charles Barkley, way back in 1993.

Despite the team’s undoubted firepower, Phoenix has struggled to put up their usual high points totals in the most recent three games vs. the Clippers. In Games 1 & 2, Phoenix averaged 112 points per game. But that average has dropped dramatically to just 92.6 points in Games 3, 4, and 5.

While it’s hard to pinpoint the exact reason for this drop-off in points, especially given the return of Phoenix’s best player, Chris Paul, the offense has been noticeably sluggish in possession and needs to move the ball around much quicker to trouble a battered and bruised Clippers defense.

Since returning to the fold, Paul averages just 18.3 points vs. the Clippers in the series and has sunk just 19/60 field goals in the past three games, which leads us to either a) question if the 7x All-Star is fully fit, or b) salute the Clippers defense for doing such a great job of defending the paint. Either way, if the Suns are truly destined for the NBA Finals tonight, Paul needs to return to form.

It’s not all on Paul, mind: Devin Booker scored 31 points on Monday but his shooting average is way down on the regular season, averaging at just 33.3%.

If not for DeAndre Ayton’s last-second heroics for the Suns in Game 2, the Clippers would be level in this series, and if the Suns’ wasteful shooting is anything to go by, L.A. would deserve it, too.

As for the Clippers, the home-field advantage could be absolutely crucial tonight. The men from L.A. have had their backs against the wall without Kawhi Leonard and Ivica Zubac but the team is giving it everything. With a rapturous crowd behind them again, expect fireworks at the Staples Center.

Paul George, Marcus Morris, and Reggie Jackson will be expected to keep the scoreboard ticking over. Morris, in particular, has been in top form since returning to full fitness and it’s likely a fair portion of the offensive creativity for the Clippers will come through the former University of Kansas star – keep an eye on him tonight!

But what do the oddsmakers make of it all? Are the Clippers tipped to turn the series around with their superior shooting accuracy, or will the Suns be going to their first finals in 28 years?

Well, the truth is that the oddsmakers can’t wedge a credit card between these two teams anymore. DraftKings has the Suns and the Clippers at almost evens. But, with the Clippers bang in form and with home-court advantage, it’s fair to say they are at the very least the team in the ascendency.

It’s almost impossible to call this game. We are going with the Clippers on the moneyline, but taking the Phoenix Suns on one of the alternate spreads to keep the game within -3. But honestly, this one is anyone’s guess – to just buckle up and enjoy the action is our preferred bet this evening.

But if you do decide to place a bet, as always, bet sensibly and never wager more than you can afford.