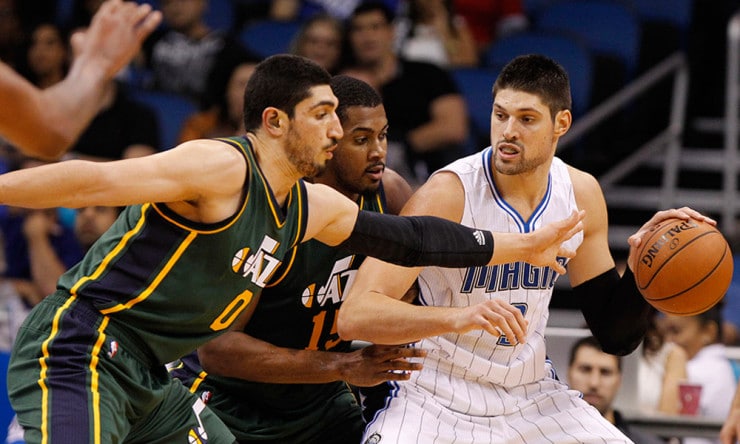 The good news for the Orlando Magic is that center Nikola Vucevic’s knee injury isn’t deemed serious. The bad news, however, is that the multi-talented 7-footer won’t be available on Friday night when the Magic (1-4) do battle with yet another playoff power in the Toronto Raptors (5-0). Tipoff at the Amway Center is just after 7 p.m., and the Magic will be sans their most consistent player over the past three-plus seasons.

On Thursday, a MRI and a subsequent evaluation determined that Vucevic suffered a bone bruise in his right knee when he went down in the third quarter of Orlando’s 119-114 overtime loss to the Rockets in Houston. Vucevic has already been ruled out of Friday’s home game and his return to practice and game action will depend on how he responds to treatment in the coming days.