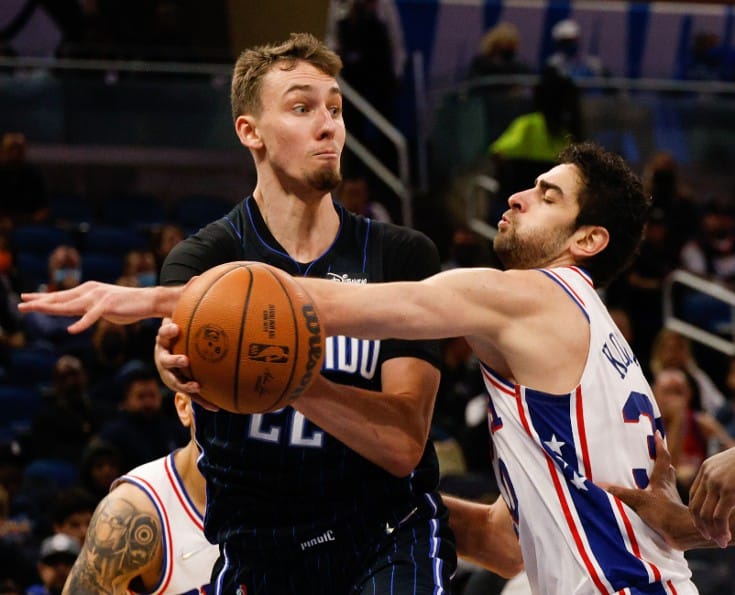 In Wednesday night’s Eastern Conference contest, the below-.500 Orlando Magic (8-37) are facing off versus the Philadelphia 76ers (25-18); NBA picks are available. Can the Magic obtain their first head-to-head win against the 76ers since Dec. 27, 2019? Including the starting lineups, our top NBA picks and betting trends are featured below.

All Magic vs. 76ers betting odds can be found at BetOnline

Furthermore, on Monday, in the Magic’s 98-88 home loss versus the Trail Blazers, Franz Wagner and Moritz Wagner led their team in scoring. Franz ended his performance with 14 points, 5.0 rebounds and 2.0 assists in 32 minutes played. Moritz had 14 points, 4.0 rebounds and 2.0 assists in 15 minutes of action. Counting this loss, they are now on a two-game losing streak. Orlando is 2-16 at home, 6-21 away and 16-11 ATS on the road this season.

To add to the information above, Orlando has not defeated Philadelphia since Dec. 27, 2019, when the Magic won 98-97 at Amway Center. Anyways, leading into tonight’s Eastern Conference matchup, the Magic will be without head coach Jamahl Mosley. Other NBA picks are on the main page. The first-year head coach is currently in the league’s COVID-19 health and safety protocols. Aside from Mosley not coaching, Orlando will continue to be without E’Twaun Moore, Markelle Fultz and Jonathan Isaac.

The #OrlandoMagic will be without coach Jamahl Mosley during tomorrow’s game vs. the #Sixers. The first-year coach entered the #NBA’s COVID-19 health and safety protocols on Monday.

The 76ers have had their fair share of hiccups every here and there this season. Though, Orlando is playing worse; the team also has four players out indefinitely: E’Twaun Moore, Michael Carter-Williams, Jonathan Isaac and Markelle Fultz.

Taking everything into account, think about picking the 76ers to win, cover the spread at home and the total will go over 213.5. If this is your first time placing a bet, check out our handicap betting guide. Other NBA Picks are on the main page.