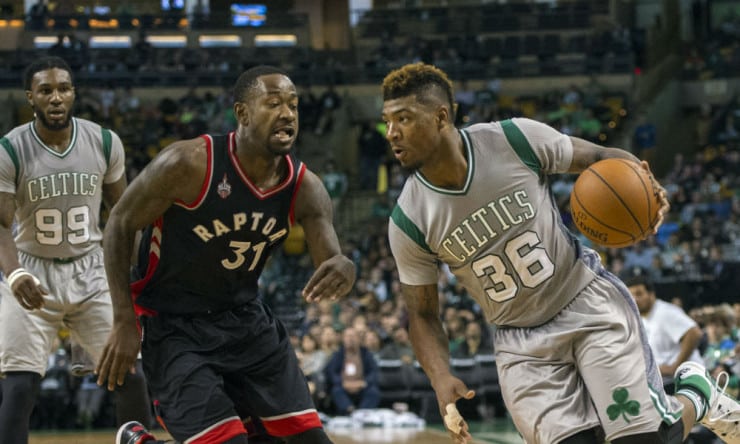 Marcus Smart got the best of Russell Westbrook, and afterward, Westbrook was already looking for a rematch. Smart scored a career-high 26 points to help the Boston Celtics beat the Oklahoma City Thunder 100-85 on Sunday night. He also was the centerpiece of a collective effort that held Westbrook, the reigning scoring champion, to 5-for-20 shooting.

Westbrook still scored 27 points while carrying a larger load than usual because Kevin Durant was out with a left hamstring strain. He became annoyed when asked about Smart after the game.