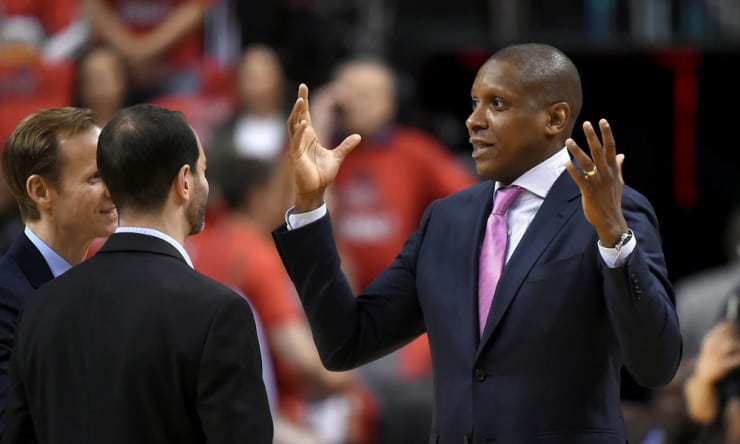 Responding to a media report that Kyle Lowry has “zero interest” in returning to Toronto, Raptors president Masai Ujiri said Tuesday the All-Star point guard has told him just the opposite.

“He’s been a part of our organization, and he says he wants to come back,” Ujiri told reporters. “I know, speculation … with the article. We all have ups and downs. There are times when he’s been down, and there are times when we are down. It happens to every team, every player. People go through it.”

Ujiri was asked about Lowry after the Toronto Star reported that other teams have been told that Lowry didn’t want to remain with the Raptors.