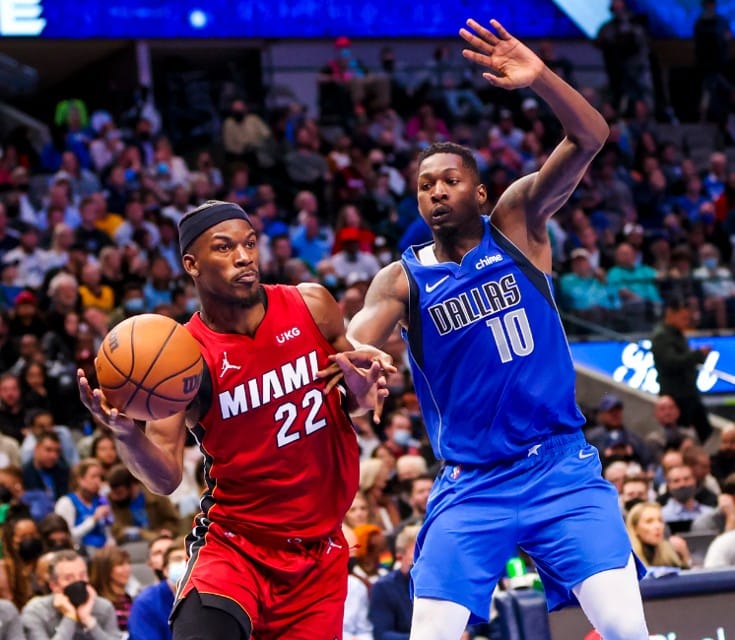 In Tuesday night’s interconference matchup, the Dallas Mavericks (33-24, 30-26-1 ATS) are aiming to defeat the Miami Heat (37-20, 33-24 ATS); NBA picks are available here. Will Bam Adebayo and the Heat extend their winning streak to six games? In addition to the starting lineups, our top NBA picks and betting trends are available below.

All Mavericks vs Heat betting odds can be found at BetOnline

Moreover, on Saturday, in the Mavs’ 99-97 home loss versus the Clippers, guard Luka Doncic finished his outing with another double-double. He accumulated a career-high 51 points, and put up 15 rebounds and 8.0 assists in 39 minutes of action. Guard Jalen Brunson had 22 points, 4.0 rebounds and 3.0 assists in 39 minutes played, too. Dallas has won six of its past 10 games, and this defeat snapped their four-game win streak. The Mavs are now 13-13 away, 20-11 at home and 14-12 ATS on the road.

Meanwhile, in the Heat’s 115-111 home win over the Nets on Saturday, center Bam Adebayo added one more double-double to his career total. The big man amassed 19 points, 14 rebounds and 4.0 assists in 37 minutes on the court. Guard Duncan Robinson ended his showing with 17 points, 4.0 rebounds and 3.0 assists in 25 minutes played. Miami has won seven of its last 10 contests. Not only have the Heat won five consecutive games, they are 19-6 at home, 18-14 away and 14-11 ATS at home this season.

Referencing ESPN’s Basketball Power Index, the Heat have a 62.8% probability of winning.

Regarding other head-to-head matchups, in the previous three meetings, the Mavs are 2-1 versus the Heat. On Nov. 2, 2021, the first meeting between these teams during this regular season, Miami won 125-110 at American Airlines Center. The Mavs last defeated them on May 4, 2021, when they won 127-113 at FTX Arena.

On another subject, Heat guard Tyler Herro is out for tonight’s game with a knee injury. To add to that, forward Markieff Morris remains out indefinitely due to conditioning. On Monday, the organization also signed forward Haywood Highsmith to a 10-day contract. In the NBA G League, he is averaging 13.6 points, 5.5 rebounds and 2.4 assists per game.

Leading into Tuesday night’s matchup, Miami is a three-point favorite at home. Luke Doncic played the best game of his NBA career against the Clippers. However, the Heat are 5-1 versus the Mavs in their previous six games at FTX Arena. In summary, think about picking the Heat to win, they will cover the spread and the total will go over 209.5. If you have never placed a bet, read our handicap betting guide. Other NBA Picks are on the main page.