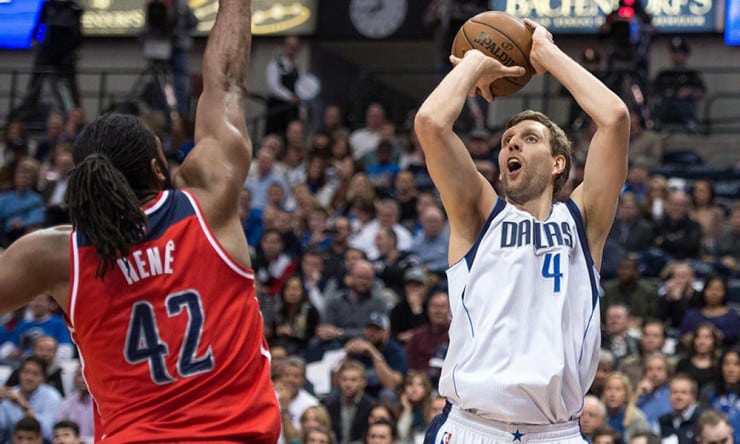 (Mavericks forward Dirk) Nowitzki was quick to say that his signing a two-year deal earlier in the summer is no indication that he will play these two seasons on his new deal and then retire, or that he’ll play both of those seasons in their entirety no matter what.

Instead, he said it will all depend on how his body feels. Dirk is 38 and knows that as players approach the big 40 in any sport that all those years of wear-and-tear can finally exact a huge toll, so instead of saying he will hang up his sneakers in a few years, he’s taking more of a wait-and-see attitude about the twilight of his tenure in the Association.

“I always said I wanted to kind of take it year-by-year. Signing a two-year deal doesn’t mean I necessarily have to play those two years. I think we’ll see how next year goes, how the body responds and then we’ll make that decision again next year,” Nowitzki said. “But obviously, I would love to play the next two years and then just see how it goes.”