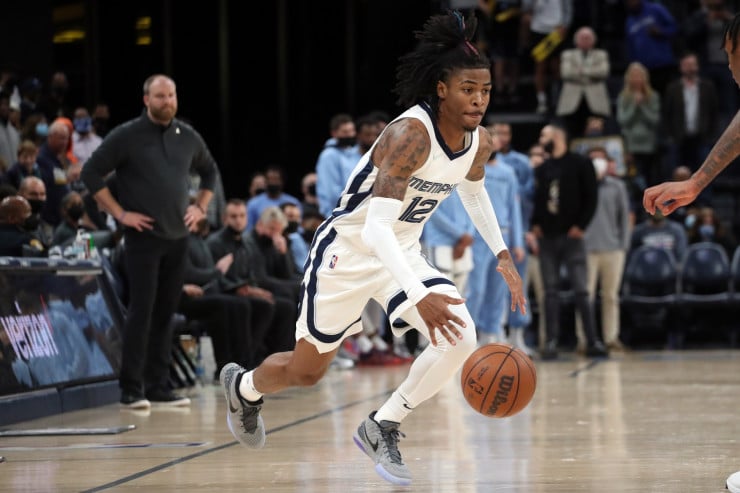 The Memphis Grizzlies have perhaps been the most surprising team of the year. Ja Morant finds himself in the thick of the MVP race and is surrounded by great coaching and a solid supporting cast. As for Indiana, it has been a tumultuous year, to say the least. They were in NBA purgatory and finally made the decision to rebuild as they traded away Domantas Sabonis at the trade deadline. However, this was a rare case where the team trading the All-Star actually won the trade. With this in mind, the Pacers are still a team one cannot overlook.

The Pacers have a tough test ahead of them coming on the back end of a back-to-back. They lost a heartbreaker to the Sacramento Kings the night before by a final score of 110-109. Memphis is riding high as the Golden State Warriors are falling and the Grizzlies are utilizing their young talent to solidify themselves as the second seed in the Western Conference. Now, the Grizzlies are arguably the best team in the West with the Phoenix Suns still in the mix as well.

Ja Morant (Out), Killian Tillie (Out)

Malcolm Brogdon (Out), Chris Duarte (Out), Isaiah Jackson (Out), Jalen Smith (Out), TJ Warren (Out), Ricky Rubio (Out), Myles Turner (Out), TJ McConnell (Out)

As we can see, the Pacers’ injury report is shocking to look at at first glance. However, stranger things have happened in this sport. Ja Morant is still hurt, so that alone gives Indiana a fighting chance. Still, the odds favor the second seed in the Western Conference. Both of these teams have very different goals as the regular season gets closer to the end.

Memphis Continues Climb to the Top

Despite missing their best player, the Grizzlies are coming on the back end of a back-to-back after a big win over the Brooklyn Nets. As a result, they have a lot of momentum coming into this favorable matchup. Snatching the first seed in the West is still unrealistic as they are nine games back from the Suns, but they have surpassed the Warriors and look a lot better than the seasoned veterans on Golden State as of right now.

Indiana Looks to the Future

The Pacers are looking to the future and ready to rebuild. They got a nice haul back in the Sabonis trade with Tyrese Haliburton being the prize get for the Pacers in the deal. Chris Duarte is injured but has shown potential when he has played this season. With Sabonis out of the picture now, Myles Turner can focus on playing his natural position at the five spot which could be very beneficial for building around young talent down the road.

Let’s check out some NBA betting trends for the Grizzlies vs Pacers game below.

The Grizzlies may be without Ja Morant for this game, but they are the safe bet still in this matchup. The list is long for injuries to the Indiana Pacers as they will have a disadvantage on the road. The Pacers are a team looking to rebuild who is coming off a one-point loss whereas the Grizzlies just defeated a Kevin Durant-led Nets squad. As a result, the momentum is also on Memphis’ side. With this in mind, we are going to pick the Memphis Grizzlies to win handily and get the over with Desmond Bane being the high-point man.

Get free NBA bets for the Grizzlies vs Pacers game at BetOnline below.