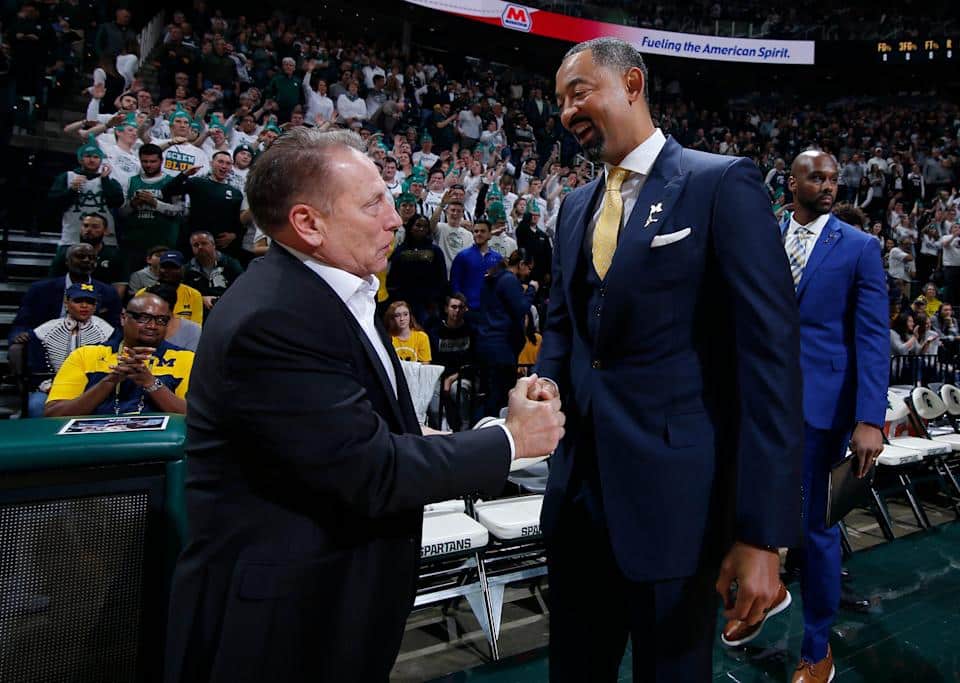 The Michigan State Spartans and the Davidson Wildcats will look to advance to the second round of the NCAA tournament on Friday. This is going to be one of the tougher games to pick of the first round in March Madness just as most of these 7-10 games are.

Can Michigan State Figure It Out?

Michigan State is going to be coming into this one after a disappointing season. There were even some questions on why this team got the number seven seed in the tournament. MSU has proven throughout the year that they can be one of the better teams when they are on their game. Michigan State has a thing where they don’t necessarily play their best basketball at certain times and that has led to some questions about them due to their inconsistency.

However, they were able to make some noise in the Big Ten Tournament as they lost against the Purdue Boilermakers 75-70 in the semi-finals of this tournament. In that game, AJ Hoggard led the way with 17 points for the Spartans.

Davidson Has Been Here Before

The Davidson Wildcats are wildly known for Stephen Curry and his wild March Madness run over 10 years ago now. Davidson is also known for being one of the best mid-major programs in America and they’re looking to continue that by showing the world that they can compete with anybody in the country on Friday.

Davidson is going to be coming into this one after losing to the Richmond Spiders in the Atlantic 10 tournament Championship. It was a tough game for the Wildcats, but Richmond is a great program, and they did just enough to secure a March Madness bid.

Davidson is going to be coming into this one after that loss; Sam Mennenga was able to lead the way with 18 points.

For this game, I’m going to go with the Davidson Wildcats to win outright. I know that there are some questions about if Davidson can compete with some of these other teams in the major conferences, but they have proven throughout the year that not only can they beat teams in their conference, but they can also beat teams in noteworthy conferences. They have wins over Alabama, Rhode Island, Delaware, and a few other worthy opponents throughout the year.

Davidson does a great job of playing high-level defense, and I think that that’s going to be the most important part of this game for them.

Get free CBB bets for the MSU vs Davidson game at BetOnline below.