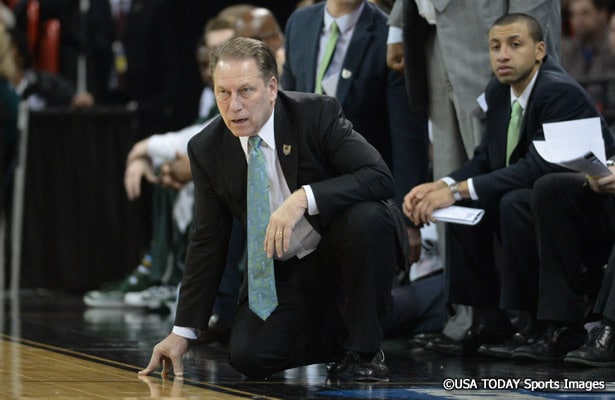 This Michigan State vs Wisconsin college basketball game will be a barn-burner, as two of the top three teams in the Big 10 face off. On the road at a raucous Kohl Center, the Spartans are slight underdogs.

Michigan State is coming off a poor performance, losing to Northwestern at home 64-62. It was their first conference loss of the season and dropped them from the top spot in the Big Ten. The loss has put the Spartans in a tough spot with their next two games coming on the road against ranked opponents. Michigan State is as capable as ever though and will always be a threat with Tom Izzo at the helm. The Spartans have a chance to prove to the rest of the conference they’re still the top dogs in the Big Ten.

Wisconsin, has been on an absolute tear lately and have won seven straight dating back to the middle of December. The Badgers have had their fair share of scares however as they have won two of their last three by six points or less. Guard Johnny Davis has played his way into the Naismith College Player of the Year discussion averaging over 22 points and seven rebounds per game. With another tough test in Michigan State, the Badgers will need him to be on his game tonight.

The play of Johnny Davis is a big deal in this matchup. If Davis gets going early, Spartans will have trouble slowing him or this Badgers offense down. If the Badgers hold a lead late in the game and the crowd gets involved, it will be hard for the Spartans to respond.

Interested in placing a bet on college basketball from Michigan? Check out our guide on Michigan sports betting sites.

However, Michigan State is one of the most well coached and disciplined teams in the entire country. While Michigan State is coming off of a heartbreaking loss, Tom Izzo rarely loses two straight Big Ten games. The Spartans will come out swinging for the fences and that can be tough to stop.

Instead of our college basketball picks deciding a winner, our Michigan State vs Wisconsin prediction tonight will be Michigan State COVERS +3.5 at BetOnline.

The biggest difference between these two teams is rebounding, with Michigan State grabbing four more rebounds per game on average. With better rebounding and a slightly better offense, the Spartans may not win the game, but they should be able to cover.

The Spartans have had plenty of recent success against Wisconsin as well, going 8-2 in their last 10 meetings. Look for the trend to continue against a Badgers team that are prone for an off-night. For what it’s worth, the ESPN Matchup Predictor gives Wisconsin a 64.4% chance to win.