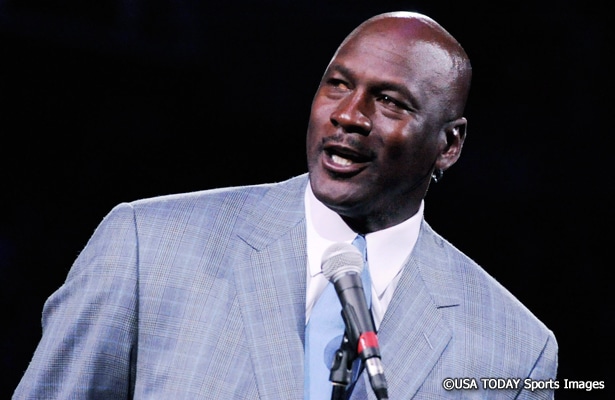 Following the departure of Kevin Durant to the Golden State Warriors in July, Westbrook responded by signing an extension with the Thunder in August. “He could’ve easily come to Charlotte,” Jordan said, smiling, “But he decided to stay here in Oklahoma. I’m not here to try and bash anybody that’s not here. Everybody has a choice. I’m not saying everybody doesn’t have a choice. But when I saw he chose to stay in Oklahoma I was so proud, and as Clay [Bennett] knows and Russ know, I texted him to show a sense of respect.”