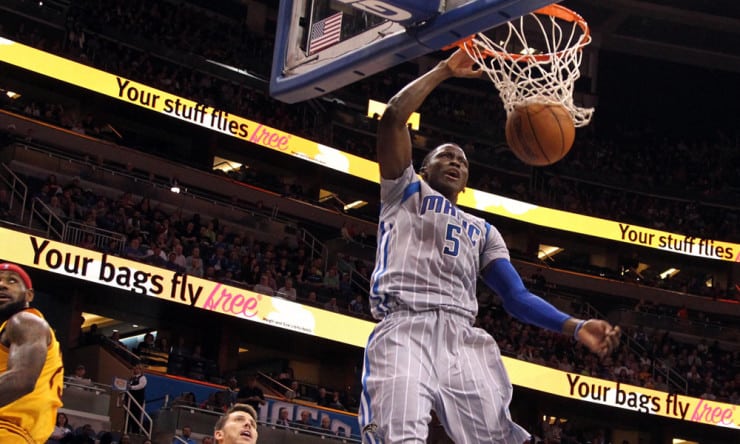 The 2015 Sprite Slam Dunk at NBA All-Star 2015 in New York City will feature four exciting, up-and-coming players and a format change that adds an old-school feel to the 30th edition of the contest.

A first-time champion will be crowned as three surging second-year players and a leading rookie will all make their debuts in the league’s signature above-the-rim showcase: the Milwaukee Bucks’ Giannis Antetokounmpo, the Minnesota Timberwolves’ Zach LaVine, the Orlando Magic’s Victor Oladipo and the Brooklyn Nets’ Mason Plumlee.

Returning to a classic format, the Sprite Slam Dunk will be a two-round event in which the four participants can perform any dunk they choose without time limits. The players will have a maximum of three attempts to complete each dunk in both the first round and the final round. Five judges will score every dunk on a scale of 6 to 10, resulting in a high score of 50 and a low score of 30. All four competitors will get two dunks in the first round. The two dunkers with the highest combined score for their two dunks will advance to the head-to-head final round. The player with the highest combined score for his two dunks in the final round will be the champion.