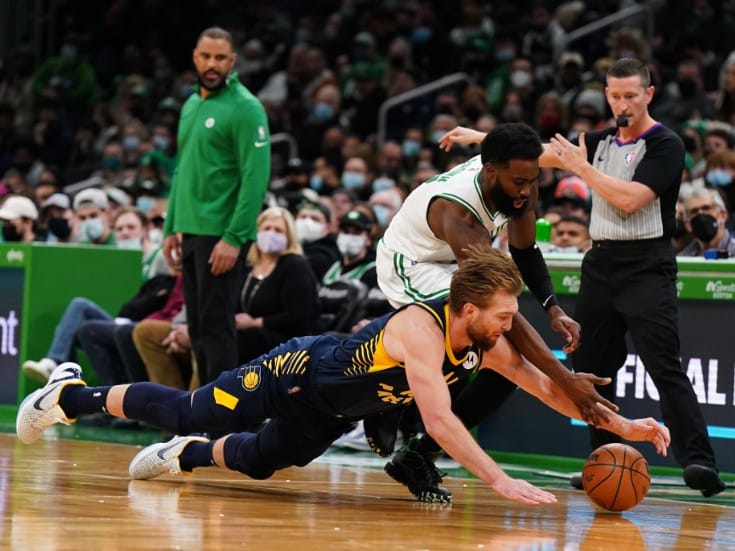 In tonight’s Eastern Conference clash, the Boston Celtics (20-21) are aiming to extend their winning streak to three games versus the Indiana Pacers (15-26) at Gainbridge Fieldhouse. Will Malcolm Brogdon and the Pacers win their first head-to-head contest versus the Celtics since Dec. 27, 2020?

Leading into Wednesday night’s intraconference rematch, the Celtics are 19-21-1 against the spread in the 2021-22 NBA regular season, whereas the Pacers are 21-19-1 against the spread. The start time for this game is 7 p.m. ET. This contest can be watched live through Bally Sports Indiana, Bally Sports Midwest, NBA League Pass and NBC Sports Boston. Per Land of Basketball’s historical database, based on 183 head-to-head regular season games played all-time, Boston is 102-81 versus Indiana.

Plus, in the past three meetings, the C’s are a perfect 3-0 against them. On Monday, the first time these teams met during the regular season, Boston won 101-98 in overtime at TD Garden. In other news, Celtics guard Payton Pritchard could play tonight. He has missed the last four games due to COVID-19. There is a chance he’ll start over Dennis Schroder versus the Pacers. The second-year player is averaging 4.9 points, 1.9 rebounds and 1.8 assists per game this season. Pritchard was selected 26th overall by the organization in the 2020 NBA Draft.

Payton Pritchard could make his return on Wednesday night after being sidelined for the last four games https://t.co/a44Ac4BlSJ

They are listed as questionable for Wednesday vs Celtics. Chris Duarte (personal reasons) is also questionable.

Furthermore, in the Celtics’ 101-98 overtime win over the Pacers at TD Garden, guard Jaylen Brown added one more double-double to his career total. He closed out his performance with 26 points, 15 rebounds and 6.0 assists in 44 minutes spent on the court. Likewise, forward Jayson Tatum earned one more double-double as well, contributing 24 points, 12 rebounds and 1.0 assist in 42 minutes played. Both Eastern Conference teams need consistency.

According to ESPN’s Basketball Power Index, the Celtics have a 54.7% probability of winning.

On the other side, in the Pacers’ three-point loss versus the Celtics, Torrey Craig scored a team-high 19 points in 31 minutes of action. Lance Stephenson had 14 points, 4.0 rebounds and 1.0 assist in 31 minutes played, too. Justin Holiday, Domantas Sabonis, Keifer Sykes and Jeremy Lamb each put up 11 points. For a reminder, Malcolm Brogdon did not play in Monday’s game. So, keep this point in mind prior to placing any bets.

Aside from rebounds and points scored in the paint, Indiana had the superior performance, especially at the free throw line. They shot 36-for-94 (38.3%) from the floor and 11-for-37 (29.7%) from behind the arc. Boston was fortunate to pull away with a victory after finishing with 20 turnovers. Including this defeat, the team is now 3-16 away, 12-10 at home and 13-8-1 ATS at home this season.

After viewing the available betting trends, the Celtics are 1-4 ATS in their past five performances. Notwithstanding the total going over in four of their previous five games on the road at Gainbridge Fieldhouse, the total has gone under in five of Boston’s last six matches versus Central Division opponents. Next, the C’s are 2-6 ATS in their past eight contests this season. Lastly, the team is 8-3 straight up in their previous 11 games versus Eastern Conference opponents.

As for the Pacers, they are 4-1 ATS in their last five performances. Also, the total has gone over in five of their past seven contests versus the Celtics. Next, Indiana is 6-14 SU in the team’s previous 20 matches versus Atlantic Division opponents. All things considered, think about picking the Pacers to win and cover the spread at home. If you have never placed a bet on an NBA game, take the time to read through our handicap betting guide.

Pick the Celtics to win, they will cover the spread and the total will go over 210.5. Boston is a three-point favorite on the road with BetOnline.