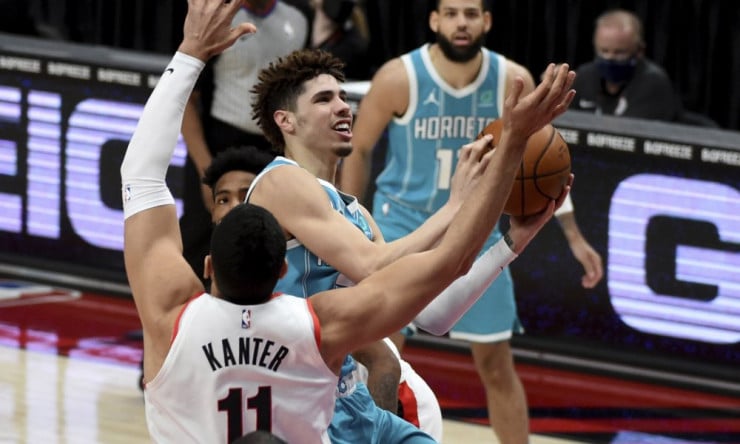 The Charlotte Hornets aim for their fourth straight victory and 13th ATS win against the lowly Houston Rockets.

Register now on Bovada and claim up to $2500 of FreeBets.

Following a successful homestand against the Minnesota Timberwolves, the Hornets hit the road again to take on the Rockets.

Bovada and other major US-based sports betting sites have booked the Hornets a 5.5 points road favorite. This isn’t surprising at all as Charlotte is riding on a hot run that saw them topple eight of their last nine opponents. The total currently stands at 226 points. Barring any movement over the next few hours, it marks the second time bookmakers set the total at 226 points for a Hornets game.

Kelly Oubre Jr. has settled in well in his role with Hornets as the swingman continues to provide his team a much-needed scoring punch off the bench. Oubre proved his value once more in the Hornets’ 133-115 victory over the Minnesota Timberwolves, scoring 27 points on 10-for-17 shooting, including 7-for-13 from the three-point line. After playing for Washington, Phoenix, and Golden State in the past few years, Oubre signed a two-year, $25 million deal with Charlotte last summer.

Rockets point guard John Wall reportedly wants to start logging some minutes after spending weeks in the trade purgatory. Adrian Wojnarowski of ESPN reported that Wall is eager to return to the court, apparently reconsidering the previous mutual agreement with the Rockets, which compels him to sit out until Houston finds a trade destination for him.

The Hornets claimed a big win on Friday as they snapped the Wolves’ five-game winning run to a tune of 133-115 victory. Ouber played terrific off the bench with his seven long bombs. However, Charlotte also got a massive lift from the starters, who all scored in double-figures. LaMelo Ball had a solid double with 10 points and 13 assists, while Gordon Hayward and Miles Bridges chipped in 18 each. P.J Washington tallied 17, and Terry Rozier added 15 in the wire-to-wire win.

On Wednesday, the Rockets pulled off an upset against one of the Eastern Conference elites, downing the Chicago Bulls 118-113. It took eight Rockets players to score in double figures to beat the Bulls on their home floor. Christian Wood delivered 16 points, ten rebounds, and six assists, while Danuel House Jr. fired 18 off the bench.

The Hornets are on a roll, and the Rockets stand a slight chance of pulling off a back-to-back upset. Houston might own a 7-3 head-to-head record over the last 10 meetings, but Charlotte blanked them in the previous three contests. In each of those three games, the Hornets crushed them convincingly, with the last match ending in a 122-97 score. The Hornets have gone shaky (2-2) in the ATS department in the previous four games. Still, LaMelo Ball and company will not break a sweat covering -5-point handicap against the lowly Rockets. The Hornets rank no.2 in points per game at 112.8 and no.3 in three-point field goal at 37.5 percent. Unfortunately, it’s hard to see this game breach 227 points or go near it. The Rockets don’t have the firepower to match the Hornets’ free-flowing offense.

For the latest and most comprehensive NBA and sports betting odds, visit Bovada.