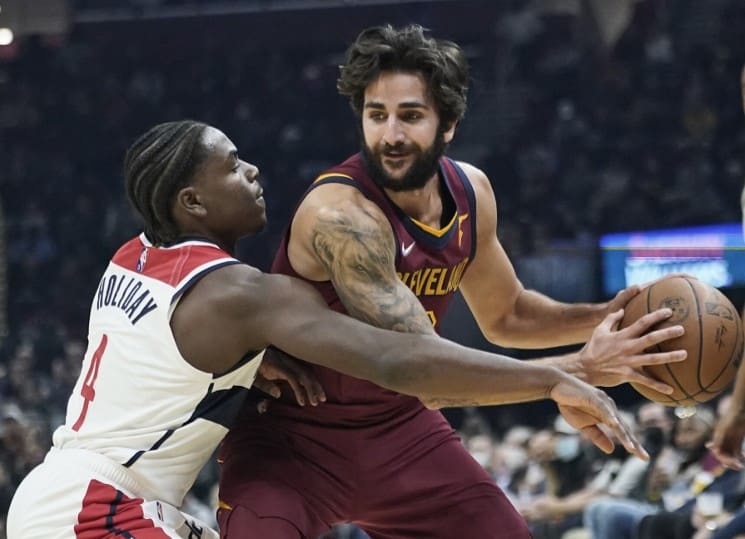 For Friday night’s Eastern Conference contest, the Cleveland Cavaliers (12-10) are preparing to add to their three-game winning streak, before they face the Washington Wizards (14-8) at Capital One Arena. Can Bradley Beal and the Wizards spoil the Cavs’ series of consecutive victories?

Moreover, for tonight’s intraconference matchup, the Cavaliers are 16-5-1 against the spread in the 2021-22 NBA season, while the Wizards are 12-10 against the spread. This game begins at 7 p.m. ET via Bally Sports Ohio, NBC Sports Washington and NBA League Pass. Per Land of Basketball’s database, based on 225 regular season games played all-time between these competitors, Washington is 117-108 versus Cleveland. The Wizards won the last meeting on Nov. 10, with a final score of 97-94. In the previous 10 head-to-head games, the Wizards are 6-4 against the Cavs. Cleveland has not defeated them since Feb. 21, 2020.

For the Cavaliers, the top news story pertains to rookie forward Evan Mobley winning Eastern Conference Player of the Month. His performances in October and November were outstanding. He’s only the fourth rookie in the history of the league to earn a total of 244 points, 136 rebounds, 42 assists, 16 steals and 30 blocks in his first 17 career games. Mobley joins Bill Walton, Mychal Thompson and Chris Webber. Through a total of 18 games played, the 20-year-old is averaging 14.5 points, 8.2 rebounds and 2.6 assists per game.

Moreover, in the Cavs’ 111-85 road win over the Heat on Wednesday, Kevin Love led his team in scoring, closing out his performance with 22 points in 21 minutes spent on the court. Center Jarrett Allen also earned another career double-double, with 19 points, 11 rebounds and 1.0 assist in 31 minutes played. Miami had an off night all across the board. Not to mention, the Cavs out-rebounded them 46 to 28.

Meanwhile, on Wednesday, in the Wizards’ 115-107 home win over the Timberwolves, Montrezl Harrell scored a team-high 27 points in 21 minutes of action. Guard Bradley Beal finished his night with 19 points, 6.0 rebounds and 9.0 assists in 38 minutes played. Washington dominated the key throughout the course of this matchup. They outscored Minnesota 68 to 44 in the paint.

For important betting trends, the Cavaliers are 5-0 ATS in their past five performances. The total has gone under in 15 of their previous 20 contests. Next, Cleveland is 2-4 ATS in the team’s last six matches versus Washington. Plus, the Cavs are 6-0-1 ATS in their past seven road games this season. Finally, the total has gone under in six of their last eight games against Eastern Conference opponents, and they are 4-1 straight up in their previous five meetings versus Southeast Division opponents.

Pick the Wizards to win, they will cover the spread and the total will go over 208.5. Washington is a 3.5-point favorite with BetUS.