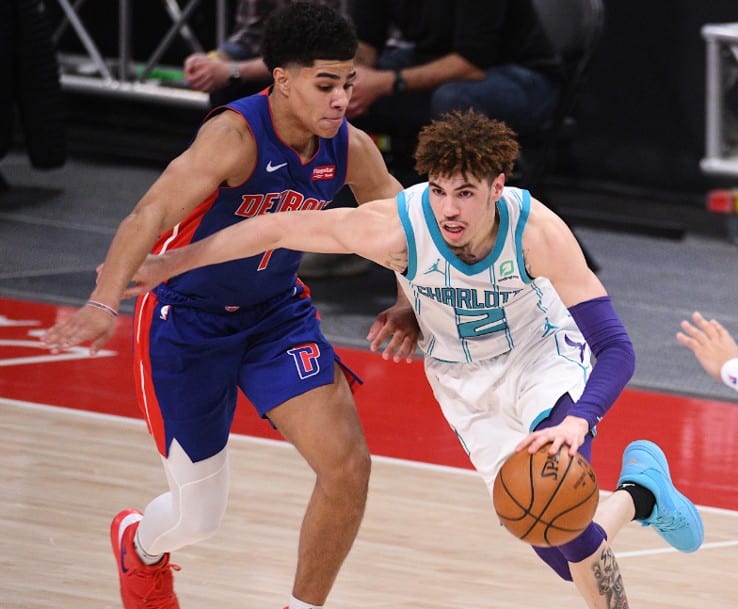 In tonight’s Eastern Conference battle, the Detroit Pistons (7-28) are playing the Charlotte Hornets (19-19) at Spectrum Center. Will the Pistons obtain their first head-to-head win versus the Hornets since Oct. 18, 2017?

The Pistons have not defeated the Hornets since Oct. 18, 2017, when they won 102-90 at Little Caesars Arena. On May 4, 2021, the last time these teams played during the regular season, Charlotte won 102-99 at Little Caesars Arena. In other news, Hornets players P.J. Washington and Scottie Lewis have cleared the league’s health and safety protocols. Washington is listed as questionable for tonight’s matchup. Whether or not he plays could be a game-time decision.

PJ Washington, along with Scottie Lewis, has cleared health and safety protocols. Washington is listed as questionable for tomorrow's game against Detroit.

#Pistons Dwane Casey said that Isaiah Stewart is back with the team, having cleared COVID protocols.

Anyways, in the Pistons’ surprising 115-106 road victory over the Bucks on Monday, forward Saddiq Bey scored a team-high 34 points in 39 minutes played. Josh Jackson had 24 points, 5.0 rebounds and 2.0 assists in 20 minutes spent on the court as well. While both teams finished with a total of 47 rebounds, Milwaukee had a bad game defensively. They allowed Detroit to sink 18 three-pointers.

Per ESPN’s Basketball Power Index, the Hornets have a 67.6% probability of winning.

As for the Hornets, on Monday, in their 124-121 road loss versus the Wizards, forward Gordon Hayward led his team in scoring, amassing 27 points in 38 minutes of action. Guard Terry Rozier also closed out his showing with 25 points, 5.0 rebounds and 3.0 assists in 32 minutes played. In the second quarter, Charlotte outscored Washington 39 to 18, but the team surrendered 40 points in the fourth quarter.

In addition to outscoring the Wizards 56 to 46 in the free throw lane, the Hornets had only eight turnovers. Defensively, this was another underwhelming performance from both Eastern Conference contenders. Charlotte shot 50-for-104 (48.1%) from the field and 14-for-38 (36.8%) from three-point range. The Hornets are now 9-5 at home, 10-14 away and 11-3 ATS at home this season. They are on a two-game skid, too.

For important betting trends, the Pistons are 3-17 straight up in their last 20 performances. Not to mention, they are 2-7 ATS in their past nine contests versus the Hornets. Next, Detroit is 0-13 SU in the team’s previous 13 head-to-head matches against Charlotte, and the team is 5-0 ATS in their last five contests versus Southeast Division opponents. Finally, the total has gone under in the Pistons’ past six games when playing the Hornets at Spectrum Center.

On the other side, the Hornets are 10-5 ATS in their previous 15 performances. And, the total has gone under in five of their last six games. Also, the total has gone under in four of Charlotte’s past five contests this season. Next, the team is 9-1 ATS in their last 10 home games. In short, the Hornets are the obvious choice to win, but the Pistons might cover the spread. To learn more about sports betting, read our handicap betting guide.

Pick the Hornets to win, the Pistons will cover the spread and the total will go under 228. Charlotte is a 10-point favorite at home with BetOnline.