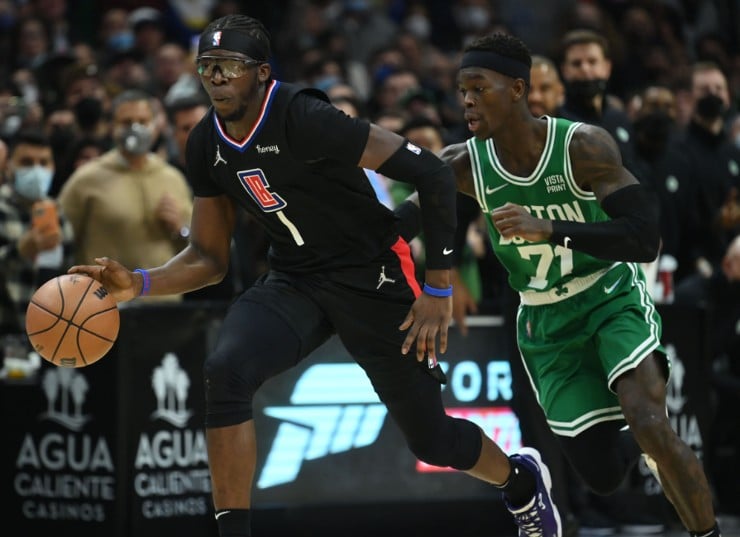 In Wednesday night’s interconference thriller, the Los Angeles Clippers (17-17) are playing the Boston Celtics (16-18) at TD Garden. Will Jaylen Brown and the Celtics earn their first head-to-head win versus the Clippers this season?

Comparing these teams’ betting statistics for tonight’s interesting contest, the Clippers are 15-19 against the spread in the 2021-22 NBA regular season, whereas the Celtics are 17-16-1 against the spread. This must-watch game will begin at 7:30 p.m. ET. The matchup will air live through Bally Sports San Diego, Bally Sports SoCal, ESPN2, NBC Sports Boston and NBA League Pass. According to Land of Basketball’s database, these two competing teams have played 135 games all-time against one another. Boston is 91-44 versus Los Angeles.

Plus, in the past three meetings, the C’s are 2-1 against them. However, on Dec. 8, 2021, the first meeting this regular season, Los Angeles won 114-111 at Staples Center. In other news, the Clippers singed forward/shooting guard James Ennis III to a 10-day hardship contract yesterday. The eighth-year player has averaged 6.7 points and 3.3 rebounds over the course of 390 games in his NBA career. Unfortunately, the team also added Brandon Boston Jr. to the league’s health and safety protocols. He is currently listed as doubtful for tonight’s game.

There was a clerical error earlier — Schroder never actually left the protocols. The Celtics have six players out because of them for tomorrow’s game against the Clippers. https://t.co/9iMdNkVhJK

Additionally, on Monday, in the Clippers’ 124-108 home loss versus the Nets, forward Marcus Morris Sr. led his team in scoring, accumulating 24 points in 27 minutes on the court. Eric Bledsoe and Keon Johnson both ended their performances with 15 points as well. In the opening quarter, Brooklyn outscored Los Angeles 38 to 33. The Clippers also allowed 74 points in the key.

Per ESPN’s Basketball Power Index, the Celtics have a 71.3% chance of winning.

On the other side, in the Celtics’ 108-103 upset road loss against the Timberwolves on Monday, forward Jaylen Brown added one more double-double to his career total, amassing 26 points, 10 rebounds and 4.0 assists in 39 minutes played. Guard Payton Pritchard closed out his night with 24 points, 8.0 rebounds and 6.0 assists in 45 minutes of action.

Boston finished with the same amount of rebounds as Minnesota. Nonetheless, the Timberwolves still outscored them 50 to 26 in the free throw lane. The C’s defense is not so great on the road, and it shows from game to game. They shot 33-for-89 (37.1%) from the field and 16-for-47 (34%) from three-point range, too. Following this loss, they are now 7-12 away, 9-6 at home and 7-7-1 ATS at home this season. Keep in mind, the Celtics and Clippers are on a two-game skid.

As for the Celtics, they are 3-7 SU in their previous 10 performances. Also, the total has gone over in eight of their last nine contests versus the Clippers. Not to mention, Boston is 9-3 SU at home in the team’s past 12 games. Next, the C’s are 0-4-1 ATS in their previous five contests against Western Conference opponents. In conclusion, think about picking the Celtics to win and cover the spread. If you are new to sports betting, read our handicap betting guide.

Pick the Celtics to win, they will cover the spread and the total will go over 209.5. Boston is a six-point favorite at home with BetOnline.