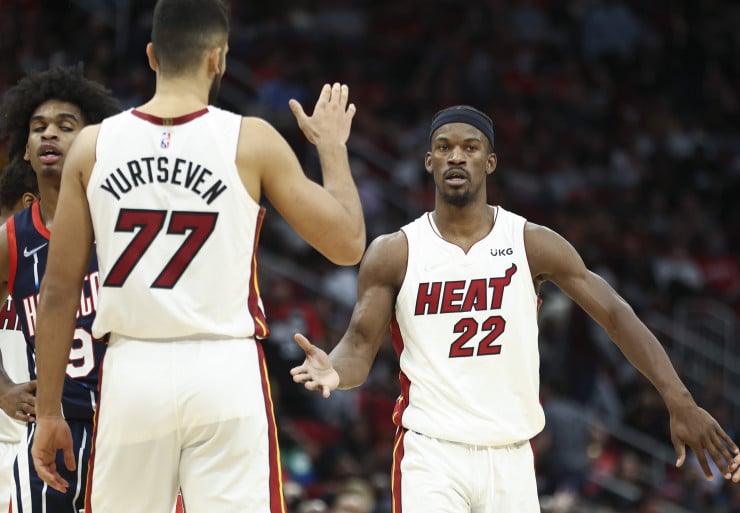 On Monday, the Miami Heat (23-14 SU, 20-17 ATS) will continue their West Coast trip in San Francisco as they clash with the Warriors (28-7 SU, 20-17 ATS) at the Chase Center. Will the Warriors be too much for the shorthanded Heat? Or will the Heat be able to keep this game close and avoid losing both games of a back-to-back?

The Warriors will be getting many players back from the Covid list, and will only be without Klay Thompson and James Wiseman, per usual, in this one.

At first glance, an 11-point spread for this game is a bit jaw-dropping. But when you realize that nearly the entire Heat roster is out for this game, with the exception of Kyle Lowry, Jimmy Butler and Tyler Herro, it makes a bit more sense.

Just last night, the Heat lost to the Kings after Jimmy Butler missed a game tying short floater at the buzzer. As a team, Miami struggled mightily from beyond the arc, shooting 27.3% (9-33). Had they shot a bit better, they would have won easily, as they out rebounded Sacramento 49 to 39. The Heat are 5th in Effective 3-Point % this season, so the performance was a bit of an outlier.

If the Heat want to have any chance at beating the Warriors on Monday night, they’ll need to get back to their solid shooting ways.

Warriors Back to Full Health

After missing some of their main contributors to the NBA’s Health and Safety Protocols over the past week, the Warriors will be back to full strength tonight.

The Warriors are off of an impressive win in Utah on Saturday night, a game in which they were five-point underdogs.

That was actually the second time in a week the Warriors had won outright as underdogs against a top Western Conference foe. The previous one coming against the Suns in Phoenix on Christmas Day. On the whole, the Warriors came out of their COVID-19 issues relatively unscathed, still maintaining possession of first place in the Western Conference.

This is going to be a tough game for Miami, and it’s a matchup that could lend itself to an early blowout if the Heat aren’t careful.

The Heat allow the most three-point attempts in the NBA, per Dunks and Threes, with an Opponent 3PA% of 46.8. The Warriors, to nobody’s surprise, take the second most threes in the NBA behind the Utah Jazz.

Even though the Warriors could theoretically run the Heat out of the gym tonight, I still think we are getting some value on the Heat at +11. We’re also getting value on the Under at 214.5. The Warriors are the best under team in the NBA this season.

Golden State will have their defensive floor general in Draymond Green back in the lineup, and may be able to lock down a potentially tired Heat team. The Heat are no defensive slouches in their own right, ranking 9th in the NBA in Adjusted Defensive Rating.

With two defensive minded teams, this line should be closer to Heat +7 or +8. 11 points is just too many for a well-coached Heat team that will give an inspired effort against the class of the Western Conference.

I am waiting until closer to game time to make these plays, as COVID-19 has put a last second dent in many NBA games this season. But if all holds, I will likely be on the below sides.