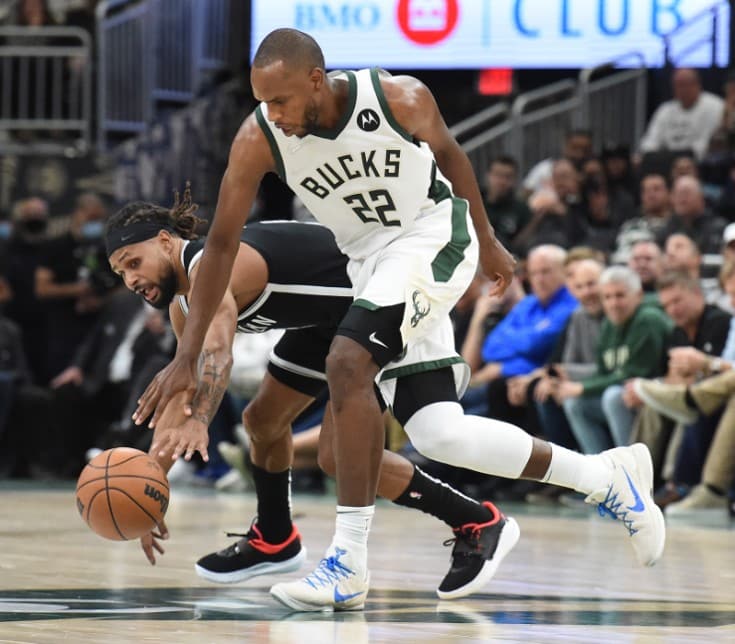 In Friday night’s Eastern Conference rivalry matchup, the Milwaukee Bucks (25-15) are playing the Brooklyn Nets (24-12) at Barclays Center. Will Kevin Durant and the Nets win their first head-to-head regular season contest versus the Bucks since Jan. 18, 2021?

Leading into tonight’s intraconference clash, the Bucks are 18-22 against the spread in the 2021-22 NBA regular season, whereas the Nets are 14-21-1 against the spread. The game is scheduled to start at 7:30 p.m. ET. This contest can be watched live via Bally Sports North, Bally Sports Wisconsin, ESPN, NBA League Pass, ESPN Deportes and YES Network. According to Land of Basketball’s database, based on 180 head-to-head regular season games played all-time, Milwaukee is 105-75 versus Brooklyn. Not to mention, in the past three meetings, the Bucks are 3-0 against them.

On Oct. 19, 2021, the first meeting during this regular season, Milwaukee won 127-104 at Fiserv Forum. On another subject, the Bucks are close to signing guard Jeff Dowtin Jr. to a 10-day contract. This deal is in accordance to the league’s hardship policy. In the four games he played with the Warriors this season, the 24-year-old averaged 1.5 points, 1.8 rebounds and almost 1.0 assist per game. Golden State waived the player on Sunday. Dowtin Jr. went undrafted in 2020 out of the University of Rhode Island.

The Milwaukee Bucks are planning to sign guard Jeff Dowtin Jr. to a 10-day hardship deal, sources tell @TheAthletic @Stadium. Dowtin played in four games for the Warriors this season on a two-way contract.

Full injury report for the Bucks' game against the Nets tomorrow night:

Furthermore, in the Bucks’ 117-111 home loss versus the Raptors on Wednesday, forward Khris Middleton led his team in scoring, finishing his performance with 25 points in 34 minutes on the court. Guard Jordan Nwora had 17 points, 6.0 rebounds and 2.0 assists in 40 minutes played as well. The most notable contributing factor for Milwaukee’s loss was the team’s 18 turnovers.

Per ESPN’s Basketball Power Index, the Bucks have a 64.5% chance of winning.

As for the Nets, on Wednesday, in their 129-121 road victory over the Pacers, forward Kevin Durant scored team-highs 39 points and 8.0 rebounds in 41 minutes of action. In Kyrie Irving’s season debut, he accumulated 22 points, 3.0 rebounds and 4.0 assists in 32 minutes played. Brooklyn outscored Indiana 35 to 20 in the fourth quarter.

After viewing other box-score game statistics, the Nets also outscored the Pacers 60 to 46 in the paint. Irving may have played in this matchup, but how many more games will he participate in this season? That’s the ultimate question. For tonight’s contest, he has to sit out because the game is being played in Brooklyn. Following this win, the Nets are now 14-3 away, 10-9 at home and 4-14-1 ATS at home this season. The team trails only the Bulls by 1.5 games for the number one seed in the conference.

Be sure to review the betting trends. The Bucks are 6-2 straight up in their last eight performances. They are also 4-1 ATS in their previous five matches versus the Nets. Next, Milwaukee is 5-2 SU in the team’s past seven contests played. However, the Bucks are 1-5 ATS in their last six matches against Atlantic Division opponents. Lastly, the total has gone over in five of their past six games this season.

On the other side, the Nets are 1-4 ATS in their previous five performances. And, the total has gone over in seven of their last 10 contests played. Next, Brooklyn is 1-10 ATS in their past 11 games at Barclays Center. Also, the total has gone over in four of their previous five contests versus Central Division opponents. In conclusion, this matchup should be close. The Nets might earn this hard-fought victory, but the Bucks will cover the spread. If you want to learn more about sports betting, check out our handicap betting guide.

Pick the Nets to win, the Bucks will cover the spread and the total will go over 233. Brooklyn is a 4.5-point favorite at home with BetOnline.