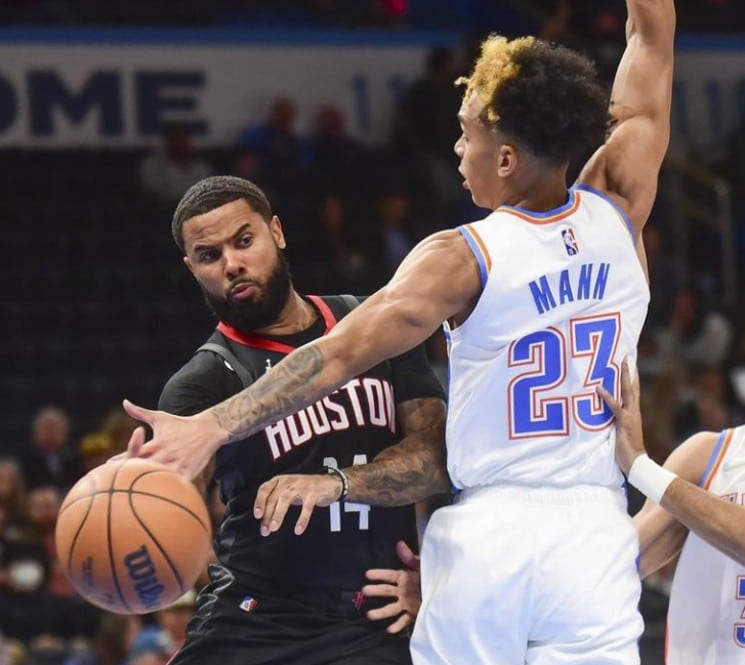 On Thursday, the New York Knicks (12-16 SU, 11-17 ATS) will travel to Houston to meet the Rockets (9-19 SU, 15-12-1 ATS) in a inter-conference matchup between two sputtering teams. Will the Knicks snap their four game losing streak? Or will Houston bounce back from an embarrassing loss to the Cleveland Cavaliers on Wednesday night?

For the Knicks, Kevin Knox, Obi Toppin and RJ Barrett are out due to the league’s health and safety protocols.

Remember when the Rockets won 8 straight games? Since that 8 game winning streak, the Rockets are 1-3 and have given up an average of 122 points per game. Just last night, they were manhandled by the Cavaliers, losing 124-89.

To the Rockets credit, though, they did beat the Atlanta Hawks on the road Monday night. Their last three losses, including the Cavs, have come against the Bucks and the Grizzlies. Those are three far superior teams.

These are not your 2020-2021 New York Knicks. In fact, they could not be further from the team they were last season.

Turn the page to this season and, well, it’s ugly. The Knicks are currently 23rd in Adjusted Defensive Rating. And it’s not like they have made up for it by improving offensively, they are just the 19th best team in Offensive Rating this season.

The Knicks have lost four games in a row, and are 7-15 over their last 22 games after they started the season 5-1.

Interested in line shopping before placing a bet on the Knicks from NY? Check out our guide to the best New York betting sites.

This is a game between two pretty bad teams, but there are some interesting trends. With a rest disadvantage this season, which the Rockets have in this game, Houston is 5-2-1 ATS. On the flip side, with a rest advantage the Knicks are 2-4 ATS.

Trends aside, I do like betting on teams that are fresh off embarrassment. The Rockets were in an obvious letdown spot last night after beating the Hawks in riveting fashion earlier in the week, and I like them to keep this game close at home as a prideful group.

Also, the Knicks are getting 64% of the bets but the line has come down from 5.5 all the way to 4.5 in some places. I’ll back the Rockets as home underdogs against a struggling and depleted Knicks team.