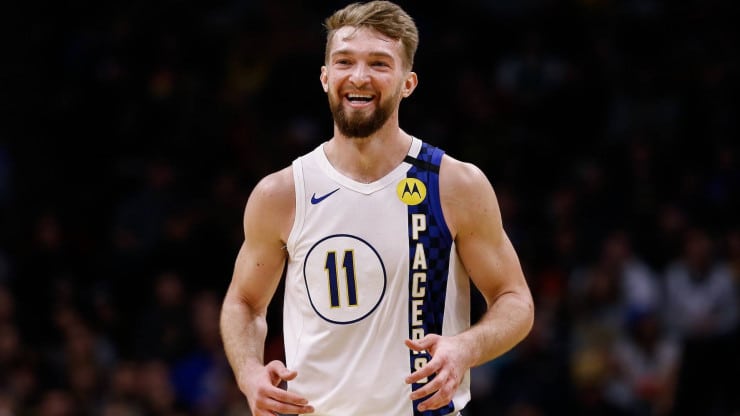 The New York Knicks travel to Gainbridge Fieldhouse for a road matchup with the Indiana Pacers on Wednesday night. The Knicks (12-12) started the season strong but have fallen to 11th in the Eastern Conference through 24 games. The Pacers (10-16) have been dealing with injuries and find themselves falling behind early in the season. Indiana is favored entering this home tilt.

Jericho Sims (illness) is day-to-day for the Knicks.

The Knicks are averaging 106.5 points per game on 44.1 percent shooting through the first two months of the season. They began the season on a strong note with a 5-1 record but have fallen under .500 for the first time after their loss to the Nuggets on Friday. Julius Randle is averaging 20 points, 10.1 rebounds, and 5.3 assists. The former Kentucky standout has expanded his repertoire, shooting 32.3% from beyond the arc.

The bright spots have been few and far between for New York, who have lost four of their last games. The Knicks rank 25th in pace through their first 23 games of the season. It is not surprising, considering the style coach Tom Thibadeau likes to employ for his squads. With Kemba Walker banished from the rotation, Alec Burks has been thrust into a starting role. The 10th year veteran is averaging 11.3 points on 41.7% shooting.

Brogdon and Pacers Looking for Answers

Indiana dropped the first two games of a six-game homestand with losses Dec. 1 to Atlanta, 114-111, and on Friday to Miami, 113-104. The two defeats extended a losing streak that equals the Pacers’ longest of the season. The early-season downturn prompted Indiana to hold what Malcolm Brogdon told the Indianapolis Star was an especially intense practice on Sunday. “It was honestly like a training camp practice. We went hard,” Brogdon said. “And I think that’s what we needed. We just gotta come out and compete, man. We gotta play with desperation on a high level.”

Brogdon is averaging 20.7 points and 6.1 assists manning the point for Indiana this season. Damontas Sabonis has provided a strong interior presence, averaging 17.4 points on 56% shooting to go along with 12.1 rebounds. The Pacers have been punishing opponents on the glass this season, ranking fourth in rebounding percentage and second in defensive rebounding. They are far more talented than their record suggests, therefore you can expect them to trend up as the season progresses.

Julius Randle and the New York Knicks are going through a dry spell after a strong start to the season. Kemba Walker was banished from the rotation, forcing veteran Alec Burks into 25+ minutes per game. As a result, the Knicks rank 26th in assist percentage but have cleaned up their turnovers (13.0 per game).

After an early season riddled with injuries, the Pacers are finally getting back to full strength. The healthy bodies have yet to translate into wins, as the struggling club has lost five of their last six games. The early-season downturn prompted Indiana to hold what Malcolm Brogdon told the Indianapolis Star was an especially intense practice on Sunday.

Indiana is far more talented than their 9-16 record suggests. Malcolm Brogdon and Domantis Sabonis will be able to bounce back at home and stop the bleeding for the Pacers. Take Indiana to win and cover at home.

The Pacers rank 21st in pace through the first two months of the season. They have shot the ball better at home, but are giving up an uncharacteristic 108 points per game on 46% from the field at Gainbridge Fieldhouse. As a result, the total number has gone over in five consecutive home games, and five of their last six games overall. Although both teams prefer a slow, grind-it-out style of play, their defensive inefficiencies will be highlighted. Take the over in this Eastern Conference battle.