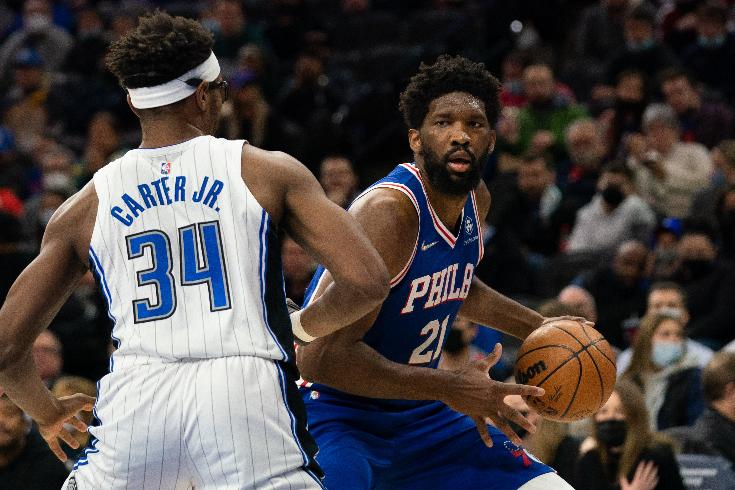 In tonight’s Eastern Conference clash, the Philadelphia 76ers (20-16) are playing the Orlando Magic (7-31) at Amway Center. Will Cole Anthony and the Magic earn their first head-to-head win versus the 76ers since Dec. 27, 2019?

Take a look at our list of the best places to wager on sports betting in Florida.

Leading into Wednesday night’s intraconference battle, the 76ers are 17-19 against the spread in the 2021-22 NBA regular season, while the Magic are 17-21 against the spread. The contest will begin at 7 p.m. ET. This game can be watched live through Bally Sports Florida, NBA League Pass and NBC Sports Philadelphia. According to Land of Basketball’s database, based on 122 head-to-head regular season games played all-time, Orlando is 79-43 versus Philadelphia. In the previous five meetings, the Sixers are a flawless 5-0 against them.

On Nov. 29, 2021, the first meeting of this regular season, Philadelphia won 101-96 at Wells Fargo Center. Changing topics, the Sixers signed Braxton Key to a 10-day contract today. This move stems from the NBA’s hardship allowance rule. Key is a forward from the Blue Coats, the 76ers’ NBA G League affiliate. The rookie was waived by the Sixers on Oct. 13, 2021. And, Key averaged 8.6 points and 5.8 rebounds per game in college.

The #Sixers sign Blue Coats forward Braxton Key to a 10-day deal as part of the #NBA hardship allowance https://t.co/TwQBgB48Gp via @phillyinquirer

Cole Anthony has been updated to QUESTIONABLE on the #Magic's 3:30 p.m. injury report. Chuma Okeke has been removed from the injury report (he was in back to play conditioning yesterday). Only Lopez and Fultz remain in health and safety protocols. #Magic play the Sixers tomorrow.

Moreover, in the 76ers’ 133-113 home win over the Rockets on Monday, center Joel Embiid closed out his performance with one more career triple-double, amassing 31 points, 15 rebounds and 10 assists in 30 minutes spent on the court. Guard Furkan Korkmaz earned another double-double, too, accumulating 24 points, 11 rebounds and 6.0 assists in 36 minutes played.

After analyzing the box-score game statistics, the Sixers scored 71 second-half points. Plus, they outrebounded Houston 54 to 42. Offensively, this was one of their best showings of the season. Philadelphia shot 50-for-96 (52.1%) from the floor and 17-for-40 (42.5%) from behind the arc. Counting this victory, the team is 13-8 away, 7-8 at home and 12-9 ATS on the road this season. Just for a reminder, they have won their past four consecutive games.

Referencing ESPN’s Basketball Power Index, the 76ers have a 65.9% probability of winning.

Meanwhile, on Monday, in the Magic’s 102-98 road loss versus the Bulls, forward Franz Wagner scored a team-high 22 points in 28 minutes of action. Forward Wendell Carter Jr. finished his performance with another double-double to add to his career total. Carter Jr. had 21 points, 10 rebounds and 4.0 assists in 35 minutes played. In the second quarter, Chicago outscored Orlando 30 to 19.

Despite the Magic putting up 42 points in the free throw lane, their defensive effort dwindled late in the fourth quarter. This was actually a winnable game for them. They shot 36-for-85 (42.4%) from the field and 10-for-27 (37%) from three-point range. Following this defeat, the team is now 2-13 at home, 5-18 away and 3-12 ATS at home this season. Orlando is on a six-game skid.

For significant betting trends, the 76ers are 4-2 ATS in their last six performances. They are also 5-1 straight up in their past six contests. Next, Philadelphia is 4-1 ATS in the team’s previous five matches versus Orlando, and the Sixers are 5-0 SU in their last five head-to-head meetings against the Magic. Finally, the total has gone under in four of the team’s previous five matches versus Orlando at Amway Center.

On the other side, the Magic are 0-6 SU in their past six performances. And, the total has gone over in four of their last six games. Also, Orlando is 0-5 ATS in the team’s previous five contests played at Amway Center. Next, the team is 5-0 ATS in their past five games versus Atlantic Division opponents. All things considered, the 76ers are the obvious choice. Though, the Magic will likely cover the spread. If you have never placed a wager, read our handicap betting guide.

Pick the 76ers to win, the Magic will cover the spread and the total will go over 211.5. Philadelphia is a 9.5-point favorite on the road with BetOnline.