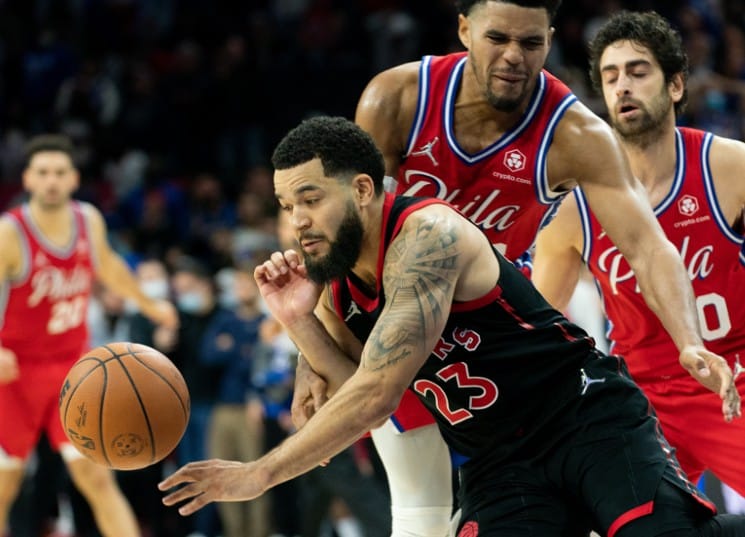 The Globe and Mail

In Tuesday night’s Eastern Conference matchup, the Philadelphia 76ers (17-16) are playing the Toronto Raptors (14-16) at Scotiabank Arena. Will Tyrese Maxey and the 76ers pick up their first head-to-head win versus the Raptors this season?

Furthermore, for these teams’ betting statistics, the 76ers are 15-18 against the spread in the 2021-22 NBA regular season, whereas the Raptors are 14-16 against the spread. The tip-off time for this contest is 7:30 p.m. ET. Unfortunately, the game can only be watched live through NBA League Pass and NBC Sports Philadelphia. According to Land of Basketball’s database, these teams have played one another 100 times during the regular season all-time. Toronto is 59-41 versus Philadelphia. And, the Raptors are 2-1 against the 76ers in their past three head-to-head games.

On Nov. 11, 2021, the first meeting between these two Eastern Conference teams this season, Toronto won 115-109 at Wells Fargo Center. On another subject, the top story for tonight’s matchup is centered on the Raptors’ injury report. If more players test positive for COVID-19 before tip off, it should go without saying that this game will not be played today. Fred VanVleet, OG Anunoby, Isaac Bonga, Malachi Flynn, Precious Achiuwa, Scottie Barnes, David Johnson and Justin Champagnie are all out. The injury report below has been updated.

Siakam, Trent and Birch have been cleared and are no longer in the health and safety protocol but are listed as questionable for tomorrow's game vs PHI due to "return to competition reconditioning."

Additionally, on Sunday, in the 76ers’ 117-96 road win over the Wizards, center Joel Embiid added one more double-double to his career total, amassing 36 points, 13 rebounds and 1.0 assist in 31 minutes spent on the court. Forward Tobias Harris ended his performance with 23 points, 7.0 rebounds and 3.0 assists in 30 minutes played as well.

Per ESPN’s Basketball Power Index, the 76ers have a 62.7% probability of winning.

Meanwhile, in the Raptors’ 144-99 blowout loss to the Cavaliers on Sunday, forward Yuta Watanabe earned another career double-double, accumulating 26 points, 13 rebounds and 1.0 assist in 37 minutes played. Center Chris Boucher closed out his showing with 21 points, 5.0 rebounds and 2.0 assists in 28 minutes on the court. In the third quarter alone, the Cavs outscored the Raptors 46 to 23.

On top of Cleveland outscoring Toronto 54 to 40, the team out-rebounded the Raptors 52 to 43. Similar to the Sixers, the Raptors have won five of their last 10 games. Following this crushing defeat on the road, the team is now 7-9 at home, 7-7 away and 6-10 ATS at home this season. They rank 10th in the conference.

As for the Raptors, they are 4-1 ATS in their previous five performances. Also, the total has gone over in five of their past six contests. And, they are 5-1 ATS in their last six games played at Scotiabank Arena. Next, the total has gone under in 11 of Toronto’s previous 16 matches versus Philadelphia. All things considered, think about picking the 76ers to win. However, the Raptors will probably cover the spread. If you are new to betting on NBA games, read our handicap betting guide.

Pick the 76ers to win, the Raptors will cover the spread and the total will go over 211.5. Philadelphia is a six-point favorite on the road with BetOnline.