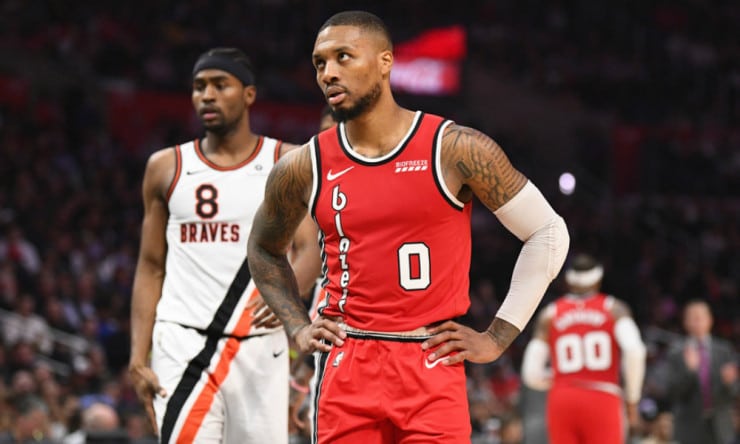 On Sunday, the Portland Trail Blazers (12-18 SU, 11-19 ATS) will travel to Memphis to meet the Grizzlies (19-11 SU, 19-11 ATS) at the FedExForum. Will the Trail Blazers build off of their win against Charlotte on Friday or will the Grizzlies continue their torrid streak?

The Grizzlies lost Ja Morant to injury back on November 26th, but that hasn’t stopped them from being one of the NBA’s best teams since. They are 10-1 (9-2 ATS), ranking 1st in Defensive Rating, 5th in Offensive Rating and 1st in Net Rating in their last 11, Per NBA Advanced Stats.

On the flip side, the Portland Trail Blazers have left a lot to be desired this season. They are 15th in Offensive Rating, 28th in Defensive Rating and 24th in Net Rating per NBA Advanced Stats. They are mired in a season filled with distractions in the form of Damian Lillard trade rumors and the firing of General Manager Neil Olshey.

The Blazers are 2-8 SU in their last ten games, going 3-7 ATS. Prior to their win on Friday against the Hornets, they had lost seven straight games. The Hornets were a dream matchup for the Blazers, as they had been traveling West with one of the league’s worst defensive units.

While it does feel somewhat obvious to ride with the hot hand and take the Grizzlies -5.5 here, I am actually looking more towards the total. The Trail Blazers are off a game in which they scored 125 points against a putrid defense, but will be met with one of the NBA’s best tonight. The previous two meetings between these two teams this season have landed on 212 and 216. The Grizzlies are also only 6-5 ATS as home favorites this season.

With all of that, I lean to the under at 219.5, as the Blazers will find it much more difficult to score in this game compared to their previous. We also have some interesting betting data in this one. 71% of the bets are on the over while 60% of the money is on the under. Ride with the sharp side in the under as the Grizzlies defense shines.