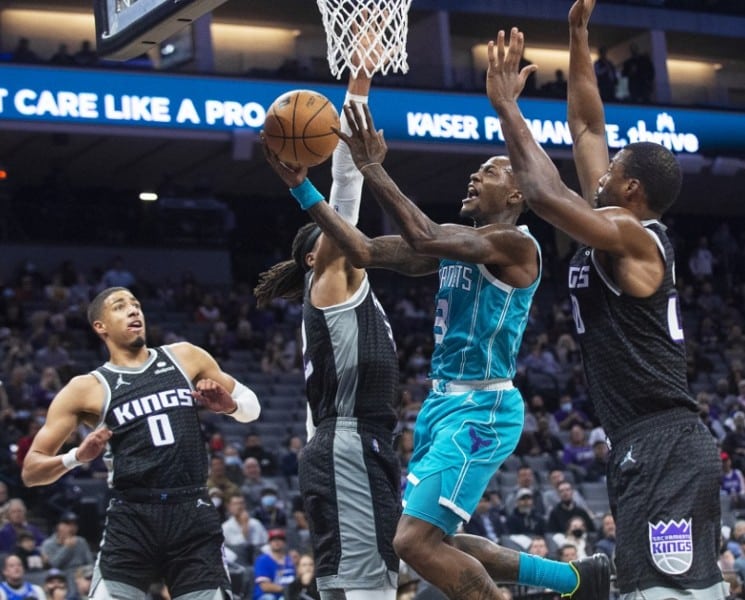 For tonight’s interconference rematch, the Sacramento Kings (11-14) are facing off against the Charlotte Hornets (14-13) at Spectrum Center. Will De’Aaron Fox and the Kings win their fourth consecutive game?

Regarding team records and betting statistics, the Kings are 12-13 against the spread in the 2021-22 NBA season, whereas the Hornets are 16-11 against the spread. This game will air live at 7 p.m. ET through Bally Sports South, Bally Sports Southeast, NBA League Pass and NBC Sports California. Per Land of Basketball’s database, these two teams have played one another 63 times during the regular season all-time. Charlotte is 35-28 versus Sacramento.

In the past three head-to-head meetings, the Hornets are 2-1 against them. However, on Nov. 5, 2021, the first regular season matchup, Sacramento won 140-110. On another topic, the Kings put up 142 points against the Magic on Wednesday night. They are leading the league in games with at least 140 points scored, totaling three after defeating Orlando. Guard De’Aaron Fox is leading the team in scoring, averaging 20.6 points per game this season. In those high-scoring contests, Fox averaged 29.3 points.

The Kings have put up 140+ points a league-high three times this season 🤯@swipathefox is averaging 29.3 PPG in those games, including his 33 point outburst last night against Orlando pic.twitter.com/OwUDxOA6m6

Moreover, on Wednesday, in the Kings’ high-scoring 142-130 home win over the Magic, guard De’Aaron Fox led his team in scoring, accumulating 33 points in 33 minutes on the court. Davion Mitchell and Tyrese Haliburton each ended their performances with 18 points. Haliburton added another double-double to his career total. Seven players finished in double figures. Nonetheless, this was a horrendous defensive effort by both teams.

Sacramento scored a total of 72 second-half points. The Magic have only five wins this season, but the Kings allowed them to play like a top contender. Sacramento shot 53-for-97 (54.6%) from the field and 15-for-34 (44.1%) from three-point range. Following this entertaining contest, the team is now 5-8 at home, 6-6 away and 7-5 ATS away this season. As stated above, they are on a three-game win streak.

As for the Hornets, in their 110-106 home loss against the 76ers on Wednesday, forward Gordon Hayward scored a team-high 31 points in 41 minutes played. Guard Kelly Oubre Jr. closed out his performance with another double-double, amassing 22 points, 10 rebounds and 3.0 assists in 41 minutes of action. Despite several players sitting out due to COVID-19, Charlotte played a great overall game.

On the other side, the Hornets are 4-1 ATS in their past five performances this season. Not to mention, the total has gone over in six of their previous seven games. And, the team is 5-1 SU in their last six matches at home against the Kings. Also, the Hornets are 1-9 SU in their past 10 contests versus Pacific Division opponents. In short, think about picking the Kings to win and cover the spread. If you’re seeking advice on handicap betting, check out our guide here at Basketball Insiders.

Pick the Kings to win, they will cover the spread and the total will go over 231. BetUS oddsmakers could not determine a clear favorite for this matchup.