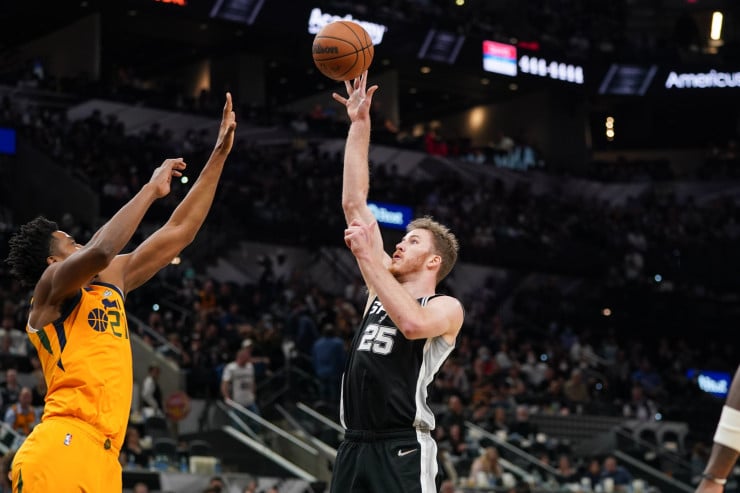 On Saturday, the San Antonio Spurs (14-20 SU, 20-14 ATS) will travel to Detroit to face the Pistons(5-28 SU, 15-17-1 ATS) at Little Caesars Arena. Will the Spurs bounce back from a New Year’s Eve loss to the Grizzlies? Or will the Pistons be able to skate by despite missing most of their rotation players?

Few teams have been hit as hard by a covid-19 outbreak than the Detroit Pistons, with 8 rotation players in health and safety protocols.

Spurs Have Been Quietly Above Average

Their 14-20 record, though, leaves plenty to be desired. It doesn’t tell a proper story about this team, however.

On November 24th, the Spurs were 4-13 and had just lost their sixth game in a row. Since then, the Spurs are a much more respectable 10-7.

Over the last 15 games, the Spurs are 4th in Offensive Rating, 14th in Defensive Rating and 7th in Net Rating. This is a team playing very solid basketball of late with a deceivingly poor record.

I have been backing the Spurs in certain spots all season long. This is a team more than capable of scoring the ball.

While they did fall to the Memphis Grizzlies last night (and fail to cover), the Spurs find themselves in a solid bounce back spot tonight against a terrible Pistons team.

These two teams previously met in San Antonio on December 26th, a game the Spurs won 144-109. The Spurs were able to do that without their main ball handler in Dejounte Murray, and I would expect more of the same here tonight.