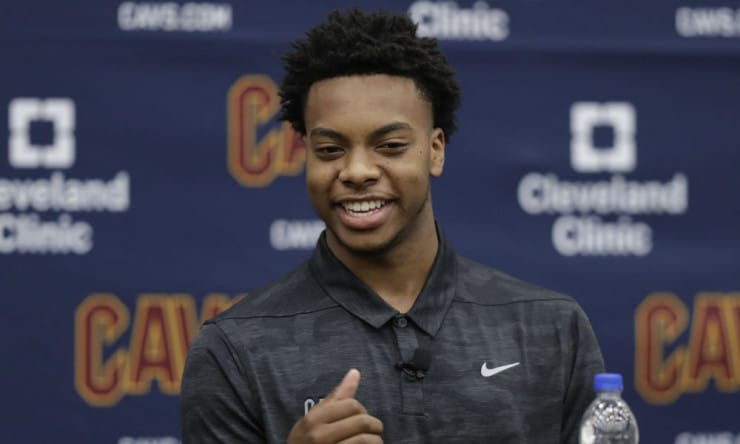 The Utah Jazz travel to Rocket Mortgage Fieldhouse for a road matchup with the Cleveland Cavaliers on Sunday afternoon. The Jazz (15-7) are off to a strong start to the season, sitting third in the Western Conference after 22 games. The Cavaliers (13-10) have been hit with the injury bug but have won four of their last five games. Utah opens this inter-conference matchup as a road favorite.

Center Udoka Azubuike is out until next week with an ankle injury. Trent Forrest is a game-time decision for the Jazz but is expected to play.

Cedi Osman (back) and Dean Wade (calf) are both game-time decisions for the Cavaliers but are expected to play.

The Jazz have been playing at a high level, which was expected after last season’s 52-win campaign. Donovan Mitchell is averaging 23.2 points, 5.1 assists, and 4.3 rebounds on the young year. Mitchell’s 30 points helped carry the Jazz to a 129-107 rout of the Portland Trail Blazers on Monday.

As a team, Utah is averaging a robust 113.1 points per game, good for 2nd in the NBA. They lead the NBA in offensive rating and rebounding percentage. It’s no surprise considering Rudy Gobert has averaged 15.1 points and a staggering 14.5 rebounds per contest. The lone blemish on Utah’s resume is their unacceptable 13.8 turnovers per game. With that being said, expect that number to slowly trend in the positive direction as the season continues.

Garland and Mobley Leading the Cavs Without Sexton

The Cavaliers welcomed back rookie center Evan Mobley last week. Mobley, who missed four games with a sprained right elbow, recorded 13 points, nine rebounds, three assists, four blocks, and two 3-pointers in 33 minutes. The 7-foot Mobley has emerged as a Rookie of the Year favorite while averaging 14.5 points and 8.1 rebounds. Expect the Cavs to slowly ramp his minutes up.

Darius Garland has heightened his role as a playmaker without fellow wingman Collin Sexton, who is out for the season with a knee injury. The 21-year-old Garland is averaging 21.3 points, 2.8 triples, 6.4 assists and 1.3 steals over the past 10 games for the Cavaliers, who are allowing 101.8 points per game. It is quite surprising for a Cleveland team that struggled mightily on that end a season ago.

As a team, Utah is averaging a robust 113.1 points per game, good for 2nd in the NBA. They lead the NBA in offensive rating and rebounding percentage. Donovan Mitchell has done a good job limiting his bad shots this season, which posed an issue for Utah in years prior. He’s shooting it at a 43.4% clip while being nearly automatic at the free-throw line.

Rudy Gobert will be clashing with Cavaliers’ young big men Jarret Allen and Evan Mobley. Allen’s been excellent this year, averaging 16.3 points and 11.3 rebounds on a blistering 70.6% shooting. Unfortunately, the youngster will be facing one of the premier defensive big men in the NBA in the Stifle Tower. Utah is 6-2 in their last eight games and will have a distinct advantage both inside and out here. Roll with the Jazz to cover the spread as road favorites.

The Jazz rank 21st in pace through the first two dozen games of the season. It lends credence to their style of play, which typically involves a dunk or a three-point attempt in the half-court set. The Cavaliers are a much improved defensive club and should limit enough of the damage here to keep the total down. Their 104.3 defensive rating ranks third in the League. Trust the Jazz to cover the spread here, with the total staying well under.