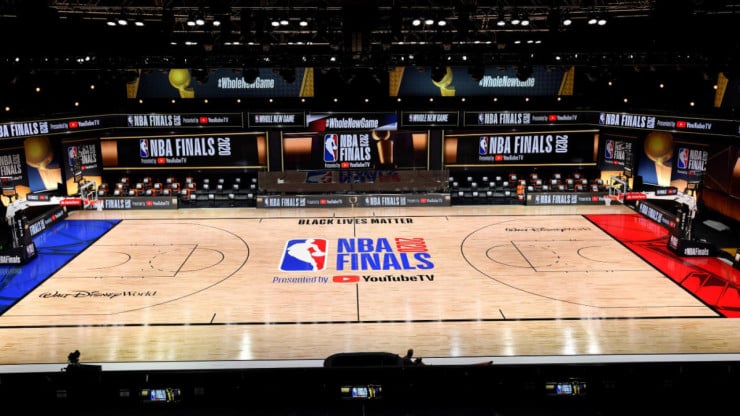 The 2021 NBA Conference Finals are now underway and so let’s take a look at the updated Championships odds for the Milwaukee Bucks, Atlanta Hawks, Phoenix Suns and Los Angeles Clippers.

Few expected to see the Milwaukee Bucks, Atlanta Hawks L.A. Clippers, and Phoenix Suns make up the final four of the NBA Championship Playoffs. But each team has made it this far on merit, and the performances don’t lie – the cream always rises to the top.

In the Western Conference Final, DeAndre Ayton broke Clippers hearts last night when, with 0.5 seconds remaining in the fourth, he came up trumps with a sublime alleyoop dunk. Those 2 points put the Suns 104-103 ahead, as they took a commanding 2-0 lead in the series.

The Hawks are all set to travel to the Bucks for the first game of the Eastern Conference finals tonight, in a game that will see two of the NBA’s finest talents, Atlanta G Trae Young and Milwaukee PF Giannis Antetokounmpo come face to face.

With games coming thick and fast and players bouncing into and out of form and IR in this year’s epic conference finals, it’s about time to check in and see what the sportsbooks make of all the action, as we take a look at the 2021 NBA odds for the 2021 national championship.

It’s hard not to feel bad for Clippers fans: without their superb small forward Kawhi Leonard, and the 25 points per game he tends to put up, life was always going to be tough vs. the Phoenix, even without the Suns having their electrifying playmaker Chris Paul out on court. And so, it has proven.

After that tough final second loss, the Clippers have seen their odds drop from +440 at the start of the playoffs to between +1500 (FanDuel). If they lose again on Thursday (June 24), expect to see the odds reach into the +infinity category, since no NBA team has EVER come back from 3-0 down in the playoffs.

Clippers head coach Tyronn Lue must now be thinking about just wheeling Kawhi Leonard out there in a wheelchair for one final assault. But don’t write his team off just yet: L.A came within 1point and they did that without their best player – there’s still a chance; they make it through and we’ll find out for sure come Thursday.

The bad news for the Clippers is that Chris Paul is expected to be back in action for the Suns quickly. The diminutive playmaker broke COVID protocol, which was stupid, but did get himself vaccinated beforehand (not so stupid) and will be available sooner rather than later as a result.

Plus, Devin Booker more than carried the mantle in Paul’s absence during last night’s second meet. Booker put up 40 points in total as the Suns asserted their dominance.

It’s the strength in depth and the team’s ability to hurt its opposition all over the court that has seen the odds on the Suns continue to shorten. Monty Williams’ team began the playoffs as massive outsiders at +2500. But their odds are now just +115.

Atlanta’s incredible 4-3 series defeat of the Philadelphia 76ers is the stuff of legend and the Hawks deserve a tremendous amount of credit for pulling that result out of the bag; even if the 76ers were missing Joel Emblid for a few games.

Enough about that though. With players like G Trae Young to boast among the ranks, you’d give the Hawks a chance against anyone, including vs. the Bucks this evening.

That said, Milwaukee is a big ask for Nate McMillan’s team. During the regular season, the Bucks posted the highest field goal accuracy (91.8), the 2nd most rebounds per game, and the 5th most 3-pointers per game – they are a team that can punish you if given just half-a-chance.

Sorry Atlanta fans. But it seems likely to us that the McMillan Cinderella story ends here.

The Bucks are the Betting Favorites to be NBA Champions

The Bucks began the playoffs with NBA Vegas odds of +800 on the moneyline. If you are one of the lucky ones who picked them up on those odds, hold tight: you’re looking good right now; Milwaukee fans are dreaming of being NBA Champions for the first time in 50 years.

Greek sensation Giannis Antetokounmpo has been on fire throughout the Bucks’ postseason run, putting up 30+ points in six games thus far! With Middleton and Brook Lopez, in particular, among the supporting cast, the Bucks offense keeps the scoreboard ticking over and very rarely surrenders possession without something to show for it.

It’s not that the Hawks don’t have playmakers of their own – they do. But defensively, they don’t touch this Bucks team that features both Jrue Holiday (DPOY) and Antetokounmpo (2X DPOY). That’s why the odds are so short on Milwaukee and so long on Atlanta – the sportsbooks simply don’t expect the Hawks to score enough.