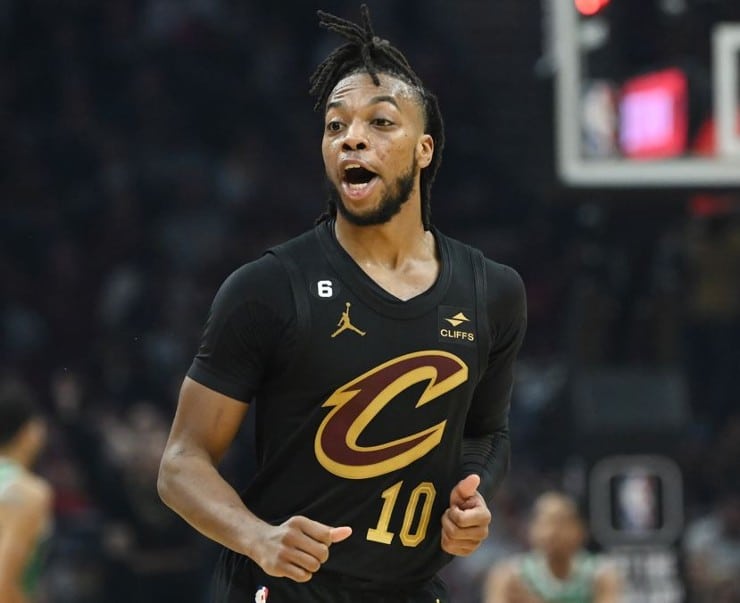 Our Tuesday night NBA slate is a bit smaller than it usually is, with just three games happening across the league tonight. We’ve put together our best NBA player prop picks for tonight’s games featuring LA vs Cleveland, Detroit vs Miami, and Dallas vs Denver.

The Cleveland Cavaliers are 15-9 so far this season which is second in the Central Division and third in the Eastern Conference. Leading the team in scoring this season is Donovan Mitchell, but his counterpart on offense has been Darius Garland. He’s averaged 20 or more points for the Cavs in the past two seasons. Garland is knocking down this three’s at 41 percent so far this season.

Our pick for this game is Darius Garland over 2.5 three-pointers @ -107 with BetOnline. Garland is making (2.8) three’s and game this season and is taking (6.9) per game. In the 18 games he’s played this season. Garland has had over 2.5 three’s nine times. He could do the same tonight vs the Lakers.

Game Day in The Land!

It’s been a rough start to the season for the Detroit Pistons. The team is 6-19 which is last in the Central Division and second to last in the Eastern Conference, with a one-game lead over the Magic. Orlando is lacking a true superstar who can carry their team. Rather, they have a number of players who provide a solid scoring output each game. One of those players is rookie PG Jaden Ivey.

Which game are you most excited for this week? Drop yours in the comments 👇

Don’t forget to get your tickets via @ticketmaster now!

The Dallas Mavericks have won three of their last four games, but are only one game above .500 at 12-11. Dallas is also third in the Southwest Division and ninth in the Western Conference. Luka Doncic is relied on so heavily to carry the Mavs almost every single night and it’s hard to him to lead them to a win ultimately on his own. One player who has the ability to score at a high level and dish out some assists as well is Spencer Dinwiddie.

Tune in at 9PM CT as we take on the Nuggets ⤵️#MFFL pic.twitter.com/mQoq86ybRs