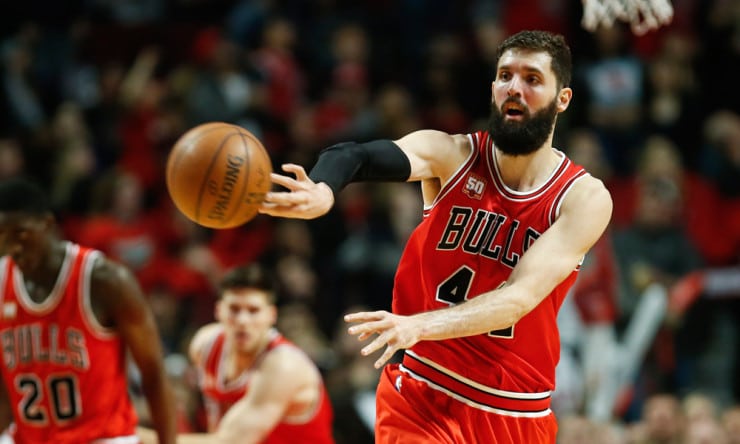 Bulls forward Nikola Mirotic attended a game for the first time since a preseason altercation with teammate Bobby Portis left him with several broken bones in his face as well as a concussion.

Mirotic was at the United Center for Tuesday’s 104-99 loss to the Phoenix Suns. He remains sidelined with the injuries from the altercation at practice on Oct. 17. Portis served an eight-game suspension.

Coach Fred Hoiberg says the two have not talked as far as he knows. Mirotic started practicing with the team again Monday, and they did go against each other at times.

Mirotic and forward Zach LaVine (torn ACL) will practice with the G League’s Windy City Bulls, while Chicago heads to Denver for a game Thursday.