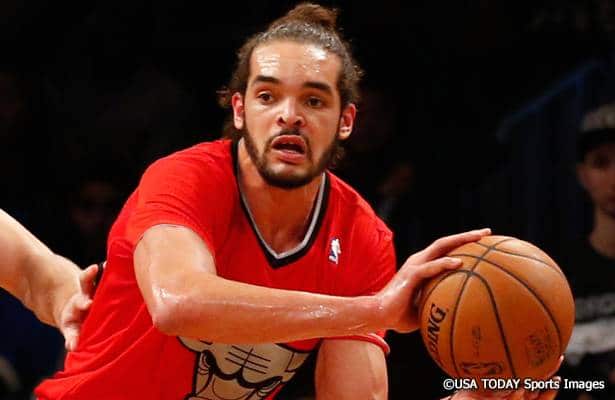 The difference in Joakim Noah’s game on Thursday night was clear to Jimmy Butler. After failing to provide much of a spark for the first five games of the season in his new role off the bench, Noah played with a familiar fire in a 104-98 win over the Oklahoma City Thunder.

“The lights, man,” Butler said. “Jo loves the lights. When it’s time to play your best, bet that Jo’s going to bring his best effort.” It wasn’t so much that Noah had four points, seven rebounds and four assists in 26 minutes — it was the way in which he came to accumulate those stats that caught people’s attention. He was moving up and down the court well and showing off that passion that has been missing from his game at times this season.