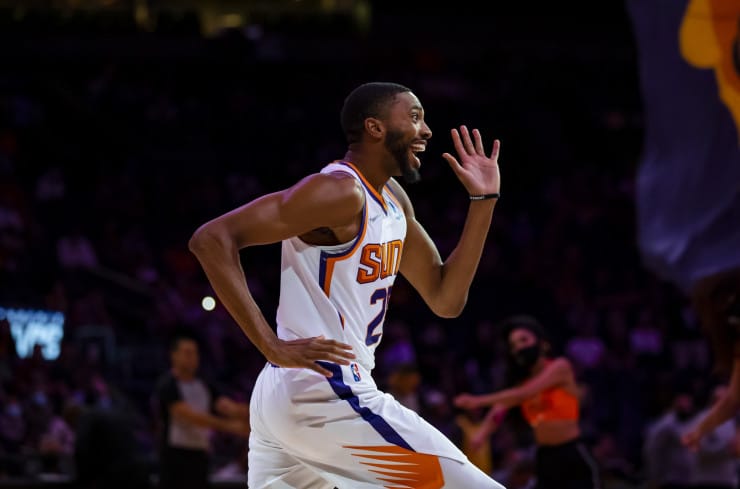 The Denver Nuggets will head on the road to the Footprint Center in Phoenix, Arizona on Wednesday evening as they get set to open the 2021-2022 NBA regular season with a Western Conference showdown against the Phoenix Suns.

This game will be a rematch of the 2020-21 NBA Western Conference Semifinals. The Suns swept Denver in Round 2 of the NBA Playoff on their way to advancing to the NBA Finals.

With the Nuggets seeking revenge, can Phoenix open the NBA regular season with a win at home on Tuesday night?

The offseason ended without a deal for Suns’ star center DeAndre Ayton, who will become the first No. 1 overall pick to hit restricted free agency after his rookie contract expires since 2007. Ayton anchored the Suns’ defense on their way to the NBA Finals last season but remains without a contract extension, according to ESPN.

Reportedly seeking a max-level deal, talks with the front office in Phoenix never progressed to the point where a formal offer was made. Ayton averaged 16.3 points and 10.3 rebounds per game during the 2020-2021 NBA season and shot 66 percent from the field during the NBA Playoffs, the highest mark in postseason history.

Phoenix is completely healthy coming into the regular season. On the other hand, Denver has a few players on the injury report heading into Tuesday’s regular-season opener. Among them, Nikola Jokic and Michael Porter Jr. are day-to-day but expected to play.

Jokic missed Denver’s preseason finale, which came on the second night of a back-to-back. While he’s listed with an ankle injury, reigning NBA MVP should be in the starting lineup for Denver on Tuesday. Listed with a knee injury, Porter Jr. also sat against the Oklahoma City Thunder but will suit up for the first game of the regular season.

Can the Nuggets be contenders without a healthy Jamal Murray?

Even without Jamal Murray back in the lineup, Denver will be counting on big contributions from its starting five this season. Murray remains out after suffering an ACL injury last year. The Nuggets’ point guard can’t rush his return but Denver will need a few players to step up in his absence.

Michael Porter Jr. drives baseline and throws down the dunk, after Nikola Jokic arcs a pass cross court to Monte Morris, who dishes it off to MPJ#Nuggets pic.twitter.com/W7KpmLmCL6

Monte Morris will assume the starting point guard duties but most of the scoring burden left behind by Murray will fall upon Porter Jr., who is expected to make a major leap in his third NBA season. Last year, the 23-year-old averaging 19.0 points per game on 54.2 percent shooting from the field and 44.5 percent shooting from 3-point range. The Nuggets will also have to find a role for Aaron Gordon, who disappeared down the stretch and averaged just 10.2 points per game after being traded to Denver.

Fresh off of a trip to the NBA Finals, the Suns will be trying to prove that last year’s run wasn’t a fluke. Phoenix brought back veteran point guard Chris Paul and signed swingman Mikal Bridges to a long-term deal. The 25-year-old from Villanova might not have stats that immediately jump off of the page but he emerged as one of the top 3-and-D threats in the NBA last season.

All eyes will be on Ayton and fellow star Devin Booker heading into the first game of the season. Ayton comes into the year without a contract extension and could be on bad terms with Suns’ management following a tumultuous summer of failed negotiations. Meanwhile, Booker will be looking to flash improvement after shooting just 34.0 percent from 3-point range in 2020-21, the second-lowest mark of his NBA career.

The Suns are coming off of an NBA Finals berth but this could be a bad matchup for Phoenix. Denver was swept by the Suns in the semifinal round of the NBA Playoffs and the Nuggets will likely be out for revenge in this spot. Michael Porter Jr. looks like a budding superstar on the offensive end and pairing him with Jokic should give the Nuggets plenty of firepower while Murray recovers from his torn ACL. Take Denver to open the season by covering the spread on the road in Phoenix against the Suns on Tuesday evening.

Take the Nuggets to win on the money line for +205 odds at Bovada.