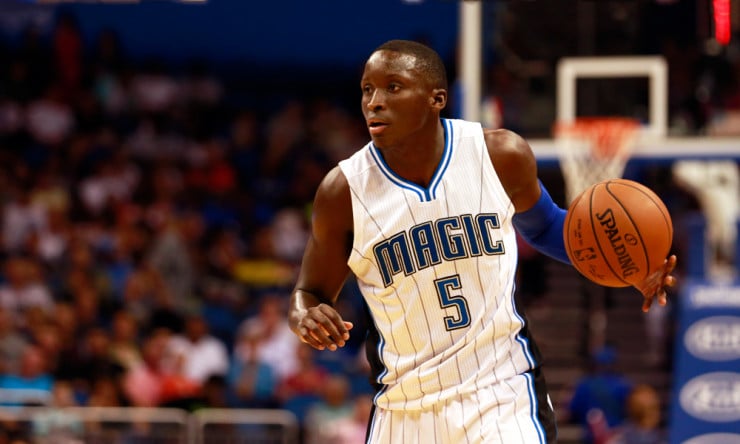 After taking a hard fall and landing on his back and neck area near the Oklahoma City Thunder bench, guard Victor Oladipo was ruled out with a sprained right wrist for the remainder of their 99-96 win over the Boston Celtics.

Oladipo went to contest a corner 3 by Jonas Jerebko late in the first quarter, but as Jerebko pump-faked and put the ball on the floor, Oladipo’s foot caught his shoulder, flipping the Thunder guard over and onto his back. “I felt the thump with my feet. The floor kind of shook,” Thunder coach Billy Donovan said. “I couldn’t tell if it was his back or if he landed on his head. My concern was if he was down there breathing. Any time a player is down like that you’re worried because you just don’t know.”