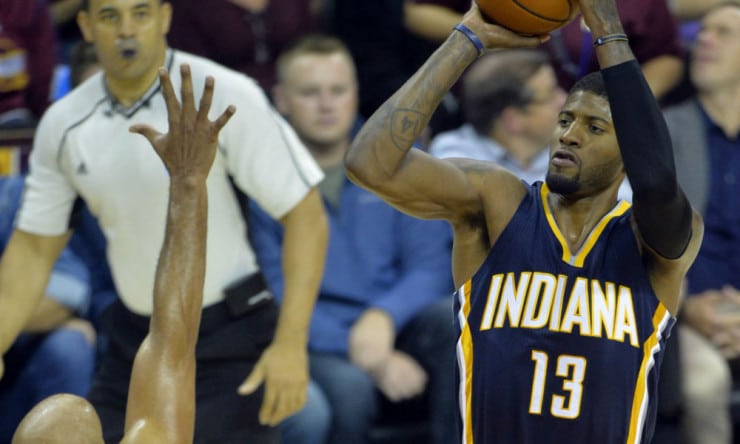 Indiana Pacers forward Paul George has been fined $35,000 for public criticism of officiating and using profanity in a live television interview, the NBA announced Saturday.

The penalty comes less than 24 hours after George blasted officials following the team’s 104-97 victory over the visiting Brooklyn Nets on Friday night.

“The stripes [were] terrible,” George told the team’s local TV station, Fox Sports Indiana. “We [had to] go out and just play. The way this game was going and how they [were] calling it, we had to play. … It’s frustrating, but hopefully the league does a better job of looking at s— like this.”