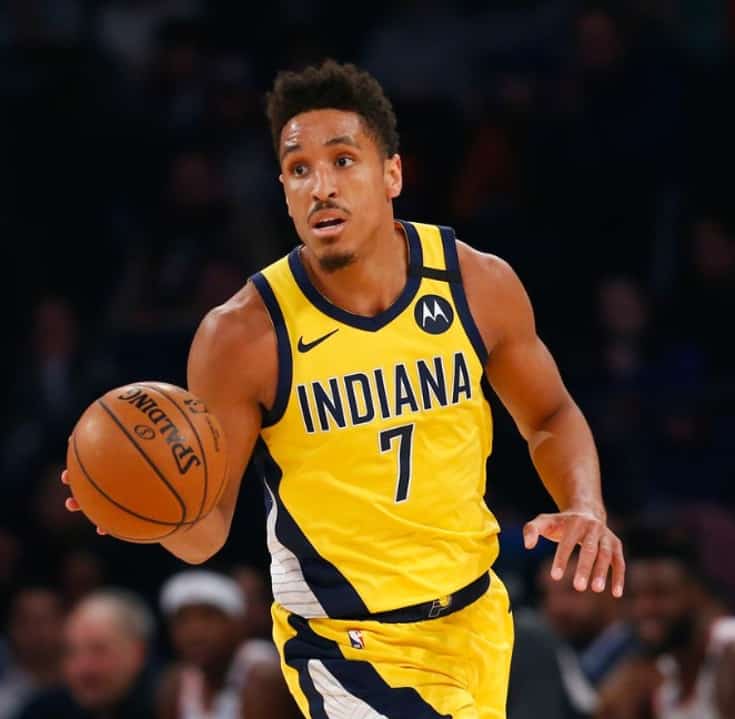 On Wednesday, Oct. 20, 2021, the Indiana Pacers are playing the Charlotte Hornets at the Spectrum Center. This is the first matchup for both teams of the 2021-22 NBA regular season. BetOnline odds are featured below.

Heading into this season opener for both Eastern Conference teams, the Hornets are 2-1 in their previous three head-to-head meetings versus the Pacers. On Apr. 2, 2021, the last regular season contest between these two teams, Charlotte defeated Indiana 114-97 on the road. However, in the past 10 Pacers-Hornets contests, Indiana is 7-3 against Charlotte.

Entering Wednesday night’s game, the top story for the Pacers concerns Malcolm Brogdon agreeing to a two-year, $45 million extension with the organization. Brogdon was mentioned in multiple trade-rumor articles pertaining to Philadelphia 76ers point guard Ben Simmons. After this signing, it is unlikely that Indiana’s front office will shop the player.

Malcolm Brogdon and the Pacers have agreed to a 2-year, $45 million extension.https://t.co/fXKZFhqbch

For the Pacers, their injury report is extensive. Jeremy Lamb and Jrue Holiday are listed as questionable to play against the Hornets. To add to the list, Caris LeVert and Kelan Martin are out tonight. LeVert’s injury description is undisclosed. He is expected to miss the first four games of the season. And, while Malcolm Brogdon is listed as probable, T.J. Warren is out indefinitely as well.

Additionally, as for the Hornets, Gordon Hayward is currently in quarantine due to COVID-19. Hayward is listed as questionable to play versus Indiana. Also, both Terry Rozier and Miles Bridges are listed as probable, too. Rozier is recovering from a left ankle sprain, whereas Bridges is close to returning after sustaining left-knee discomfort.

Moreover, the Pacers concluded their 2021 preseason with a middle-of-the-road record of 2-2. Last Friday, in the team’s 110-94 loss against the Cavaliers, Goga Bitadze led Indiana in scoring. Bitadze concluded his performance with 18 points and 6.0 rebounds in 23 minutes played. Isaiah Jackson ended his final exhibition game with 12 points and 3.0 rebounds in 15 minutes on the court.

This season will be interesting for Pacers fans, considering the organization hired Rick Carlisle during the offseason. In his first stint as head coach of the Pacers, he compiled an overall record of 181-147. This was over the course of four seasons from 2003 to 2007.

Meanwhile, the Hornets ended their preseason with a 1-3 record. Though, their final exhibition loss was the most puzzling. Last Wednesday, in the team’s 127-59 blowout loss to the Mavericks, James Bouknight scored a team-high 12 points in 24 minutes played.

Plus, guard Cody Martin closed out his night with 11 points, 6.0 rebounds and 2.0 assists in 27 minutes on the court. This was one of Charlotte’s greatest defeats in franchise history. While the team lost by 68 points, it was just an exhibition matchup, right? Either way, a loss like this leaves basketball enthusiasts with more questions than answers.

Furthermore, the total for Wednesday night’s season opener is set at 224.5. After witnessing one of the biggest defeats in NBA preseason history, bettors are leaning towards taking the under. No one knows for sure if the Hornets’ can generate enough points offensively. Therefore, it is understandable if gamblers want to play it safe for the 2021-22 season opening week.

For betting trends, Indiana is 5-1 against the spread in the team’s last six games played. The total has gone over in five of the Pacers’ past games as well. Not to mention, the Pacers are 5-2 ATS in their previous seven games played versus Charlotte. And, the total has gone over in six of the team’s last seven games when playing the Hornets on the road.

As for the Hornets, they are 3-7 ATS in the team’s past 10 games. They are 0-6 straight up in their last six contests, too. And, they are 1-5 SU in their previous six home games. Also, the total has gone over in four of Charlotte’s last five contests played versus Eastern Conference opponents.

Pick the Pacers to win on the road. The Hornets will cover the spread and the total will go under 224.5. The Pacers are two-point underdogs with BetOnline.